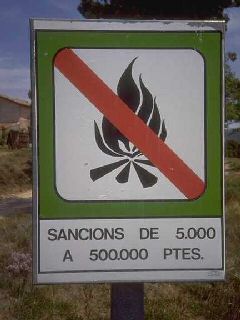 “Controlling fires is an enormously difficult challenge,” said Harvard researcher Ludovico Cademartiri. “Our research has shown that by applying large electric fields we can suppress flames very rapidly. We’re very excited about the results of this relatively unexplored area of research.”

Cademartiri says the extinguishing phenomenon is complex with several effects occurring simultaneously. Primarily, it appears that carbon particles generated in the flame are behind the effect. “Soot particles can easily become charged. The charged particles respond to the electric field, affecting the stability of flames,” he explained.