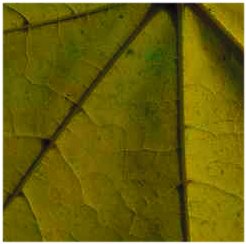 Gardeners believe that some pairs of plants get along better than others, and it now seems there may be scientific evidence to back up the notion. Researchers from McMaster University in Canada have found that plants get fiercely competitive when forced to share their pot with strangers of the same species, but they’re accommodating when potted with their siblings. Recognizing and favoring kin is common in animals, but this is the first time such altruistic behavior has been identified in plants.

Experimenting with sea rocket (Cakile edentula), a member of the mustard family, McMaster biologist Susan Dudley explained that when the plants share pots, they get competitive and start growing more roots, which allows them to grab water and mineral nutrients before their neighbors get them. But it appears that they only do this when sharing a pot with unrelated plants. “When they share a pot with family they don’t increase their root growth. Because differences between groups of strangers and groups of siblings only occurred when they shared a pot, the root interactions may provide a cue for kin recognition,” she noted.

Dudley’s work, reported in the journal Biology Letters, suggests that though plants lack cognition and memory, they are capable of complex social behaviors such as altruism towards relatives.

Dudley isn’t sure that we need to plan our gardens like the seating at a dinner party, but she does contend that plants from the same mother may be more compatible with each other than with plants of the same species that had different mothers. “The more we know about plants, the more complex their interactions seem to be, so it may be as hard to predict the outcome as when you mix different people at a party,” she observed.

Nucleolar Behavior in the Mitosis of Plant Cells by Frew, Priscilla, Robert H...

The Chromosome Behaviour of some Dioecious Plants and their Relatives with Spe..

Studies on Self-Sterility I. The Behaviour of Self-Sterile Plants by East, EM;..