You are here: Home › News › Change To Ecosystem Courts Disaster
By Will Parker on October 12, 2001 in News 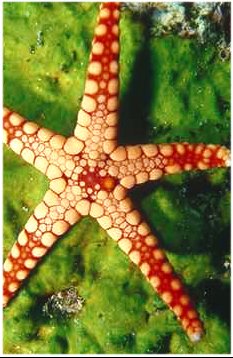 Subjected to decades of gradual change by humans, many of the world’s natural ecosystems – from coral reefs and tropical forests to northern lakes and forests – appear susceptible to sudden catastrophic ecological change, an international consortium of scientists reports today, Oct. 11, in the journal Nature. “Models have predicted this, but only in recent years has enough evidence accumulated to tell us that resilience of many important ecosystems has become undermined to the point that even the slightest disturbance can make them collapse,” says Marten Scheffer, an ecologist at the University of Wageningen in the Netherlands and the lead author of the Nature paper.

“We realize that there is a common pattern we’re seeing in ecosystems around the world,” says Carpenter, an authority on lakes. “Gradual changes in vulnerability accumulate and eventually you get a shock to the system – a flood or a drought – and, boom, you’re over into another regime. It becomes a self-sustaining collapse.”

Carpenter is one of five authors of the paper whose contributors include experts on an array of the world’s different types of ecosystems.

The recognition that many of the world’s ecosystems engage in a delicate balancing act has emerged as science has become more adept at assessing entire ecological systems and by a better understanding of how catastrophic ecological change has occurred in the past.

“The lines of geologic evidence and evidence from computer models shows that it suddenly went from a pretty wet place to a pretty dry place,” says Jonathan Foley, a UW-Madison climatologist who is also a co-author of the Nature paper. “Nature isn’t linear. Sometimes you can push on a system and push on a system and, finally, you have the straw that breaks the camel’s back.”

“All of this is set up by the growing susceptibility of ecosystems,” Carpenter says. “A shock that formerly would not have knocked a system into another state now has the potential to do so. In fact, it’s pretty easy.”

As an example, Carpenter cited Madison’s Lake Mendota, an urban lake that is perhaps the most studied lake in the world. It has seen a steady influx of nutrients – chemical runoff from farms and suburban lawns – as the land around it has been chemically enriched and then developed over time.

“Over the past 150 years, we’ve put a huge amount of phosphorus into the mud of Lake Mendota and it’s prompted a lot of algae growth” in a lake that was once very clear. In 1993, scientists watched nutrient levels grow sharply after a single heavy-rain event washed more nutrients into the lake. “This phosphorus buildup has made it easy for Lake Mendota to go into a eutrophic state” characterized by green surface scums.

“Reversing eutrophication is hard because of the buildup of phosphorus in soils and sediments,” Carpenter says.

“The idea that nature can suddenly flip from one kind of condition to another is sobering,” says Foley, who suggested that changes can be irreversible. “For hundreds of years, we’ve been taught to think in very linear ways; we like to think of nature as being simple. But now we know that we can’t count on ecosystems to act in nice simple ways.”

The implications of losing ecosystem resilience, according to the paper’s authors, are “profound” in light of current resource management. “Regime shifts,” they wrote, “can imply a drastic loss of biodiversity as well as utility for humans.”

Moreover, while subtle change over long periods of time undermines ecosystem resilience, it “implies a lack of early warning signals.” And since a single event – a flood or a drought – can cause an ecosystem to shift from one state to another, “the role of gradual environmental change might be disputed.”

Carpenter sees two management messages: “One, you can’t see the change unless you have a view of the entire ecosystem over a long period of time and, two, there are slowly changing variables” that can lay a foundation for catastrophic change.

Understanding the forces that drive the machinery of ecosystems is really a key to their protection, says Scheffer. “Once you understand the picture, you can sometimes find ways to flip ecosystems back to a desired state. For instance, we have shifted lakes into a clear state by manipulating fish populations, and we are exploring the possibility of using El Niño episodes as windows of opportunity to restore degraded arid ecosystems.”

Says Carpenter: “Although it’s possible to push things in the other direction, to a certain extent, restoring a system depends on the art of the possible. What can you do within the constraints of politics and economics to turn back the tide?”