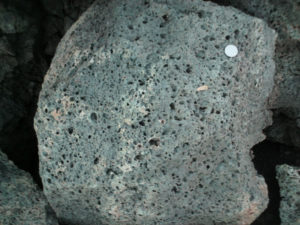 Climate change refers to the fluctuation of the climate system caused by the energy entering and leaving Earth. The greenhouse effect, which refers to how greenhouse gases (GHGs) act like a blanket and prevent the loss of Earth’s heat to space, has occurred naturally throughout Earth’s history. However, since the Industrial Revolution, human activities have increased the greenhouse effect with various activities, causing a steady increase in the Earth’s temperature.

Carbon dioxide (CO2) is the primary GHG produced by human activities, such as the combustion of fossil fuels (coal, natural gas, and oil) for energy and transportation. Although CO2 is naturally present in Earth’s atmosphere, it is thought that the human activities are responsible for the increase in atmospheric CO2. Since the pre-Industrial times (before around 1750), the atmospheric CO2 has increased by 40%. In the United States alone, CO2 emission has increased 9% between 1990 and 2014.

Currently, people are encouraged to fight climate change by reducing their carbon footprint to slow down the increase in atmospheric CO2. There are many ways to do this: driving an electric or a hybrid car, eating a low carbon diet, and limiting the usage of fossil fuels in general (e.g. unplugging electric devices).

But how about the CO2 that already exists in our atmosphere? Is there a way to get rid of that, too?

Recently, a team of scientists has found a way to exactly that—remove CO2 from the atmosphere and lock the gas in volcanic bedrock. The study, published last week in Science, shows that once the gas is locked in the rock, the gas reacts with the rock and forms environmentally benign minerals.

Lead author Juerg Matter, associate professor in the Department of Ocean and Earth Science at the University of Southampton, said mineralization happened much faster than what scientists have thought before (several hundreds to thousands of years).

“Our results show that between 95 and 98 per cent of the injected CO2 was mineralized over the period of less than two years, which is amazingly fast,” Matter said.

The researchers dissolved CO2 in water and injected the solution into wells to reach the volcanic rocks 400-800 meters underground in Iceland. In addition to the CO2 solution, the team injected tracer compounds to trace CO2 and monitored the wells at the study site to test how the chemical composition of the solution had changed.

By the time the groundwater had migrated to the monitoring wells, the concentration of CO2 was reduced, indicating that mineralization had occurred. The solution had reacted with the rocks and converted into carbonate minerals, like calcite.

Matter said the mineralization method is not only environment-friendly and permanent, but also promising because volcanic rocks (e.g. basalt) are abundant on Earth.

“Carbonate minerals do not leak out of the ground, thus our newly developed method results in permanent and environmentally friendly storage of CO2 emissions,” Matter said. “On the other hand, basalt is one of the most common rock type on Earth, potentially providing one of the largest CO2 storage capacity.”

The research team’s next step, Matter said, is to scale up the experiment to capture more CO2 in the rocks.

“This is currently happening at Reykjavik Energy’s Hellisheidi geothermal power plant, where up to 5,000 tons of CO2 per year are captured and stored in a basaltic reservoir,” Matter said.