You are here: Home › Evolution › News › How evolution shaped our idea of the perfect butt
By Will Parker on March 20, 2015 in Evolution, News 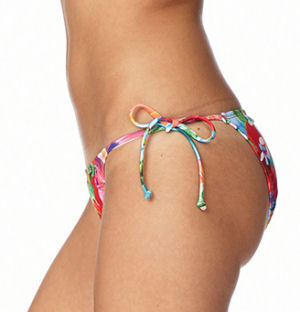 New research from The University of Texas at Austin sheds light on today’s standards of beauty, attributing modern men’s preferences for women with a curvy backside to prehistoric influences. Specifically, the woman’s ability to better support, provide for, and carry out multiple pregnancies.

The study, published in Evolution and Human Behavior, investigated men’s mate preference for women with different angles of lumbar curvature.

“What’s fascinating about this research is that it is yet another scientific illustration of a close fit between a sex-differentiated feature of human morphology – in this case lumbar curvature – and an evolved standard of attractiveness,” said the study’s co-author David Buss, a UT Austin psychology professor. “This adds to a growing body of evidence that beauty is not entirely arbitrary, or ‘in the eyes of the beholder’ as many in mainstream social science believed, but rather has a coherent adaptive logic.”

This research consisted of two studies. The first looked at vertebral wedging, an underlying spinal feature that can influence the actual curve in women’s lower backs. To investigate, the researchers worked with 100 men who rated the attractiveness of images displaying spinal curves ranging across the natural spectrum. 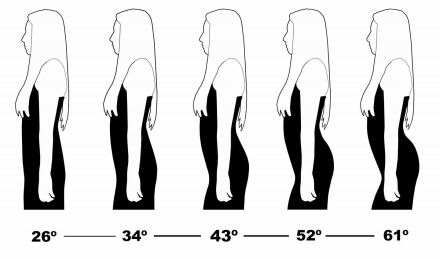 “This spinal structure [45 degrees] would have enabled pregnant women to balance their weight over the hips,” explained study leader David Lewis. “These women would have been more effective at foraging during pregnancy and less likely to suffer spinal injuries. In turn, men who preferred these women would have had mates who were better able to provide for fetus and offspring, and who would have been able to carry out multiple pregnancies without injury.”

Approximately 200 men were presented with groups of images of women with differing buttock size and vertebral wedging, but maintaining a 45.5-degree curve. Men consistently preferred women whose spinal curvature was closer to optimum regardlessof buttock size. The researchers say this shows that men prefer women who exhibit specific angles of spinal curvature over buttock mass. 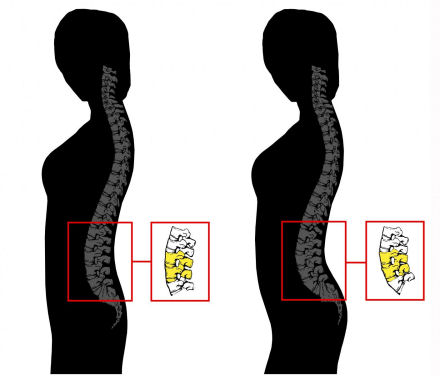 This morphology and men’s psychological preference toward it have evolved over thousands of years, and the researchers say they won’t disappear over night. “This tight fit between evolutionary pressures and modern humans’ psychology, including our standards of attractiveness, highlights the usefulness that an evolutionary approach can have for expanding our knowledge not just of the natural sciences, but also the social sciences,” Lewis concluded.

The longer a mother breastfeeds, the higher the IQ and salary
Opossum-based antidote to snake venom could save thousands of lives

Doujinshi blueblue (Akera) unyielding of attractiveness of the eye (Haikyuu...