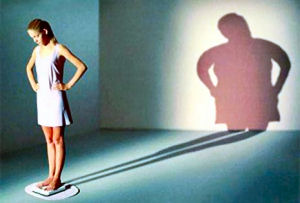 The study, entitled “DNA methylation in individuals with Anorexia Nervosa and in matched normal-eater controls: A genome-wide study,” was led by Howard Steiger, of the Douglas Mental Health University Institute Eating Disorders Program (EDP), in Montreal, in collaboration with Linda Booij, a researcher with Sainte-Justine Hospital and an assistant professor at Queen’s University.

“These findings help clarify the point that eating disorders are not about superficial body image concerns or the result of bad parenting. They represent real biological effects of environmental impacts in affected people, which then get locked in by too much dieting,” Steiger explained.

“We already know that eating disorders, once established, have a tendency to become more and more entrenched over time. These findings point to physical mechanisms acting upon physiological and nervous system functions throughout the body that may underlie many of the effects of chronicity. All in all, they point to the importance of enabling people to get effective treatments as early in the disorder process as possible,” Steiger concluded.