You are here: Home › Animal Kingdom › News › New type of avian flu found in Antarctic penguins
By Will Parker on May 6, 2014 in Animal Kingdom, News 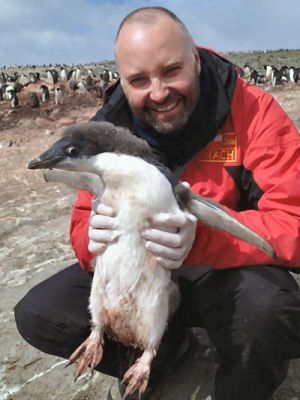 On further analysis of the samples, the researchers found all viruses were H11N2 influenza viruses that were highly similar to each other. But when the researchers compared the full genome sequences of four of the collected viruses to all available animal and human influenza virus sequences in public databases, “we found that this virus was unlike anything else detected in the world,” explained Hurt. “When we drew phylogenetic trees to show the evolutionary relationships of the virus, all of the genes were highly distinct from contemporary AIVs circulating in other continents in either the Northern or Southern Hemisphere.”

While the virus did not cause illness in the penguins, the study shows that “avian influenza viruses can get down to Antarctica and be maintained in penguin populations,” Hurt says. “It raises a lot of unanswered questions,” including how often AIVs are being introduced into Antarctica, whether it is possible for highly pathogenic AIVs to be transferred there, what animals or ecosystems are maintaining the virus, and whether the viruses are being cryopreserved during the winters.