You are here: Home › Climate Change › News › 30ft sea level rise may be unavoidable
By Will Parker on January 2, 2013 in Climate Change, News 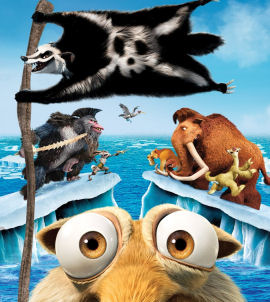 Climatologists examining the relationship between sea level and carbon dioxide (CO2) concentrations over the last 40 million years have found that present day greenhouse gas concentrations (around 400 parts per million) have historically been associated with sea levels at least 30 feet above current levels.

The study, appearing in Proceedings of the National Academy of Sciences, involved compiling more than two thousand pairs of CO2 and sea level data points, spanning critical periods within the last 40 million years. Some of these periods had climates warmer than present, some similar, and some colder. The researchers also included periods during which global temperatures were increasing, as well as periods during which temperatures were decreasing.

“This way, we cover a wide variety of climate states, which puts us in the best position to detect systematic relationships and to have the potential for looking at future climate developments,” explained study co-author Professor Eelco Rohling, from the University of Southampton (UK).

The researchers found that the relationship displays a strong rise in sea level for a CO2increase up to 400 parts per million, with sea level at 79 (+23/-49) feet above the present, at 68 percent confidence limits.

“This trend reflects the behavior of the large East Antarctic ice sheet in response to climate changes at these very high CO2 levels. An ice-free planet, with sea level 65 meters [213 feet] above the present, occurred in the past when CO2 levels were around 1200 parts per million,” explained study lead author Dr Gavin Foster, also from the University of Southampton.

Rohling added although these sea level rises will take many centuries, or even millennia, to occur, the implications are clear. “For a future climate with maximum warming of about two degrees Centigrade, that is with CO2 stabilized at 400 to 450 parts per million, sea level is set to steadily rise for many centuries, towards its natural equilibrium… In Intergovernmental Panel on Climate Change terms, this is a likely rise of at least nine meters [30 ft] above the present. Previous research indicates that such rises above present sea level may occur at rates of roughly one meter per century.”