You are here: Home › Mind and Brain › News › False memories implanted in mammalian brain
By Will Parker on March 23, 2012 in Mind and Brain, News 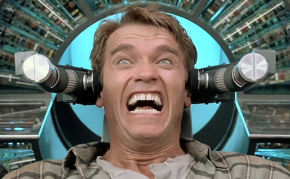 By exerting control over specific neurons in the brain, Scripps Research Institute scientists have successfully generated synthetic memory traces in mice, leading the rodents to believe they were somewhere they weren’t. The new work is detailed in the journal Science.

Other experiments in the past have shown that stimulating various regions of the brain can trigger specific behaviors in flies and even erase memories. But understanding the way these brain functions develop and occur normally – effectively how we become who we are – has been a much more complex goal.

“The question we’re ultimately interested in is: How does the activity of the brain represent the world?” said Scripps neuroscientist Mark Mayford, who led the study. “Understanding all this will help us understand what goes wrong in situations where you have inappropriate perceptions. It can also tell us where the brain changes with learning.”

For the study’s main experiment, Mayford’s team set out to manipulate specific memories by inserting two genes into mice. One gene produces receptors that can be chemically triggered by the researchers to activate a neuron. They tied this gene to a natural gene that turns on only in active neurons, such as those involved in a particular memory as it forms, or as the memory is recalled. In other words, this technique allows the researchers to install on-off switches on only the neurons involved in the formation of specific memories.

Once the memory switches were installed in the mice, the team triggered the “on” switch in neurons active as the mice were learning about a new environment – Box A, with distinct colors, smells and textures.

Next the team placed the mice in a second distinct environment – Box B – after giving them the chemical that would turn on the neurons associated with the memory for Box A. The researchers found the mice behaved as if they were forming a sort of hybrid memory that was part Box A and part Box B. The chemical switch needed to be turned on while the mice were in Box B for them to demonstrate signs of recognition. Alone neither being in Box B nor the chemical switch was effective in producing memory recall.

“We know from studies in both animals and humans that memories are not formed in isolation but are built up over years incorporating previously learned information,” Mayford said. “[These findings suggest] that one way the brain performs this feat is to use the activity pattern of nerve cells from old memories and merge this with the activity produced during a new learning session.”

Mayford says the team are now making progress toward more precise control that will allow the scientists to turn a single specific memory on and off at will so effectively that a mouse will in fact perceive itself to be in Box A when it’s in Box B.

The team hopes that such work will lead to a better understanding of how memories form in the brain. Mayford believes it might eventually be possible to target the perception process through drug treatment to deal with certain mental diseases such as schizophrenia and post traumatic stress disorder. With such problems, patients’ brains are producing false perceptions or disabling fears. Drug treatments might target the neurons involved when a patient thinks about such fear, to turn off the neurons involved.

Related:
Discuss this article in our forum
We Can Forget It For You Wholesale
Forget about it
Forgetful? Blame your house