You are here: Home › News › Worry Fuel › BPA exposure estimates wrong, say US researchers
By Will Parker on June 10, 2011 in News, Worry Fuel 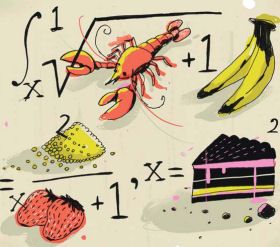 New experiments by researchers at the University of Missouri (UM) show that exposure to the controversial chemical Bisphenol A (BPA) through diet has likely been underestimated by previous lab tests.

In the new study, appearing in Environmental Health Perspectives, the researchers compared mice given a steady diet containing BPA to mice given a single exposure (the method used in past experiments). The researchers say this is the first study to examine concentrations of BPA after exposure through a regular, daily diet, which is a better method to mirror the chronic and continuous exposure to BPA that occurs in humans.

Following regular exposure through the diet, the researchers found a significantly greater increase in the active form of BPA, which can bind to sex steroid receptors and exert adverse effects.

“People are primarily and unknowingly exposed to BPA through the diet because of the various plastic and paper containers used to store our food are formulated with BPA,” UM’s Cheryl Rosenfeld said. “We know that the active form of BPA binds to our steroid receptors, meaning it can affect estrogen, thyroid and testosterone function. It might also cause genetic mutations. Thus, this chemical can hinder our ability to reproduce and possibly cause behavioral abnormalities.”

The study suggests that when BPA is taken through the food, the active form may remain in the body for a longer period of time than when it is provided through a single treatment. “We need to study this further to determine where the ingested BPA becomes concentrated and subsequently released back into the bloodstream to be distributed throughout the body,” concluded Rosenfeld.