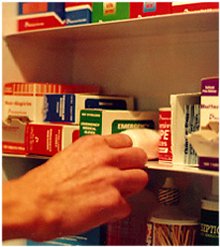 Erectile dysfunction is often one of the first symptoms men with cardiovascular disease exhibit, leading Kaiser Permanente researchers to believe that drugs such as aspirin (often taken to help prevent heart disease) would benefit erectile function, but instead they found just the opposite.

Writing about their findings in The Journal of Urology, the researchers said that men who take non-steroidal anti-inflammatory drugs (NSAIDS) three times a day for more than three months are 2.4 times more likely to have erectile dysfunction compared to men who do not take those drugs regularly. The study involved more than 80,000 Californian men from an ethnically diverse population aged between 45 and 69.

“We went into this study thinking we would find the opposite effect: that NSAIDs would have a protective effect because they protect against heart disease, which is also linked to erectile dysfunction,” said study author Steven J. Jacobsen. “The next step is to dive a bit deeper to understand the underlying physiology of what might be happening with these drugs.”

Despite the increased risk of erectile dysfunction, the researchers say that men should not stop taking NSAIDs based on this study. “There are many proven benefits of non steroidals in preventing heart disease and for other conditions. People shouldn’t stop taking them based on this observational study. However, if a man is taking this class of drugs and has erectile dysfunction, it’s worth a discussion with his doctor,” Jacobsen concluded.

Source: The Journal of Urology