You are here: Home › Medicine › News › Discredited MMR researcher planned business empire
By Will Parker on January 13, 2011 in Medicine, News 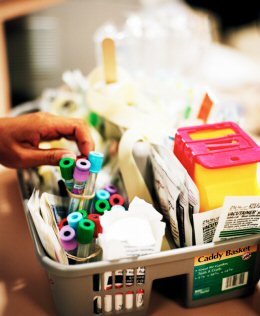 Drawing on documents obtained under the Freedom of Information Act, the report shows how Wakefield’s institution, the Royal Free Medical School in London, supported him as he sought to build a business around the MMR scare.

Deer reveals how Wakefield met with medical school managers to discuss a joint business even while the first child to be fully investigated in his research was still in the hospital, and how just days after publication of that research – which triggered the crisis in confidence in 1998 – he brought business associates to the Royal Free Medical School to continue negotiations.

One facet of the planned business intended to develop Wakefield’s own “replacement” vaccines, diagnostic testing kits and other products which only stood any real chance of success if public confidence in MMR was damaged.

“It is estimated that the initial market for the diagnostic will be litigation driven testing of patients with AE [autistic enterocolitis] from both the UK and the USA,” states a 35 page “private and confidential” prospectus obtained by Deer. “It is estimated that by year 3, income from this testing could be about UK 3,300,000 rising to about UK 28,000,000 as diagnostic testing in support of therapeutic regimes come on stream.”

Deer’s investigation also reveals that Wakefield was offered support to try to replicate his results, gained from just 12 children, with a larger validated study of up to 150 patients, but that he refused to carry out the work, claiming that his academic freedom would be jeopardized. His research claims have never been replicated.