You are here: Home › Medicine › News › Hair color revealed in DNA
By Will Parker on January 4, 2011 in Medicine, News 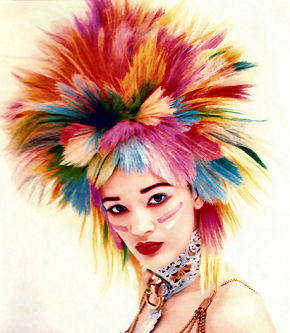 The same European researchers who devised a forensic test to tell a person’s age from a sample of their blood have now created a test to reveal a person’s hair color from their blood or saliva. The findings appear in the journalHuman Genetics.

“That we are now making it possible to predict different hair colors from DNA represents a major breakthrough because, so far, only red hair color, which is rare, could be estimated from DNA. For our research we made use of the DNA and hair color information of hundreds of Europeans and investigated genes previously known to influence the differences in hair color. We identified 13 ‘DNA markers’ from 11 genes that are informative to predict a person’s hair color,” explained study leader Professor Manfred Kayser.