You are here: Home › News › Breakthrough in Ebola treatment
By Will Parker on May 31, 2010 in News 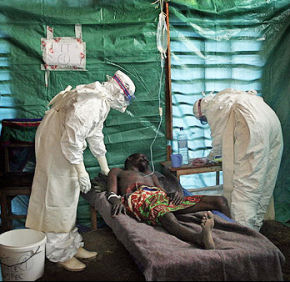 Reporting their work in The Lancet, the researchers explain how RNA inhibitors were used to target a protein – called the L protein – that is essential for Ebola virus replication. RNA inhibitors are based on a natural gene silencing mechanism used by all cells, and lipid nanoparticles are the most widely used siRNA delivery approaches. In this study, the team used a proprietary technology called SNALP, or stable nucleic acid-lipid particles, to deliver the therapeutics to disease sites in animals infected with the Zaire strain of Ebola virus.

The study represents the first demonstration of complete protection against a lethal human infectious disease in nonhuman primates using RNAi, according to study leader Dr. Thomas W. Geisbert of the Boston University School of Medicine. “We believe this work justifies the immediate development of Ebola SNALP as a countermeasure to treat Ebola infected patients, either in outbreaks or accidental laboratory exposures,” he said. The researchers say that further studies in monkeys will be necessary to refine dosing, toxicology and other issues before the treatment could be licensed for human use.