You are here: Home › News › Showers releasing a pharma cocktail into environment
By Will Parker on March 25, 2010 in News 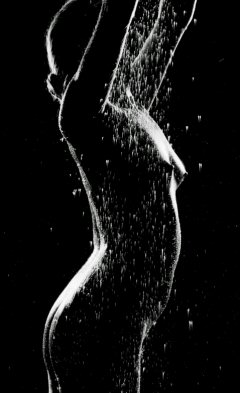 “We’ve long assumed that the active ingredients from medications enter the environment primarily as a result of their excretion via urine and feces,” said researcher Dr. Ilene Ruhoy, from Touro University. “However, for the first time, we have identified potential alternative routes for the entry into the environment by way of bathing, showering, and laundering. These routes may be important for certain APIs found in medications that are applied topically, which means to the skin. They include creams, lotions, ointments, gels and skin patches.”

Ruhoy told the conference that some APIs in topical medications enter the environment in a form that has the potential for having greater impact than those released in feces and urine. While some medications are excreted substantially unchanged, and therefore enter the environment as the parent compound, other APIs, prior to excretion from the body, are largely metabolized, or broken down, in the liver and kidneys. “Topical APIs, from bathing and showering, however, are released unmetabolized and intact, in their full-strength form,” Ruhoy said. “Therefore, their potential as a source of pharmaceutical residues in the environment is increased.”

Ruhoy cited steps by which the potential environmental impact of skin-based pharmaceuticals could be minimized. “Doctors can help by prescribing the lowest possible dose for the shortest period of time necessary. Scientists should continue efforts to develop better drug delivery systems for topical medications so that APIs, for instance, are absorbed faster and more completely,” she said. “Identifying the major pathways in which APIs enter the environment is an important step toward the goal of minimizing their environmental impact.”