You are here: Home › News › Disinfectant by-products create toxic cocktail
By Will Parker on April 1, 2009 in News 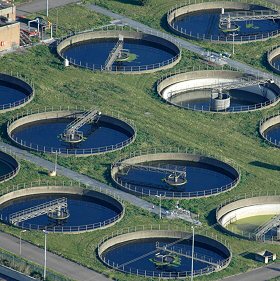 The disinfection of water stands out as possibly the most significant public health achievement, but a recent study shows that the chemicals used to purify the water we drink and use in swimming pools react with organic material in the water yielding a surprisingly toxic brew.

Geneticist Michael Plewa, from the University of Illinois, said that disinfection by-products (DBPs) in water are the unintended consequence of water purification. “The reason that you and I can go to a drinking fountain and not be fearful of getting cholera is because we disinfect water in the United States,” he explained. “But the process of disinfecting water with chlorine and chloramines and other types of disinfectants generates a class of compounds in the water that are called disinfection by-products. The disinfectant reacts with the organic material in the water and generates hundreds of different compounds. Some of these are toxic, some can cause birth defects, some are genotoxic [damaging to DNA] and some we know are also carcinogenic.”

Plewa’s research, published in Mutation Research, was carried out specifically to analyze the ability of DBPs to kill cells (cytotoxicity) and to cause genomic DNA damage. “Our lab has assembled the largest toxicological data base on these emerging new DBPs. And from them we’ve made two fundamental discoveries that hopefully will aid the EPA in their regulatory decisions. The two discoveries are somewhat surprising,” Plewa said.

The first discovery involves iodine-containing DBPs. “You get iodine primarily from sea water or underground aquifers that perhaps were associated with an ancient sea bed at one time. If there is high bromine and iodine in that water, when you disinfect these waters, you can generate the chemical conditions necessary to produce DBPs that have iodine atoms attached. And these are much more toxic and genotoxic than the regulated DBPs that currently EPA uses,” he explained.

Plewa added that swimming pools and hot tubs are prodigious DBP reactors. “You’ve got all of this organic material called ‘people’ – and people sweat and use sunscreen and wear cosmetics that come off in the water. People may urinate in a public pool. Hair falls into the water and then this water is chlorinated. But the water is recycled again and again so the levels of DBPs can be ten-fold higher than what you have in drinking water.”

Previous studies have shown higher levels of bladder cancer and asthma in people who do a lot of swimming – professional swimmers as well as athletic swimmers. These individuals have greater and longer exposure to toxic chemicals which are absorbed through the skin and inhaled. “The big concern that we have is babies in public pools because young children and especially babies are much more susceptible to DNA damage in agents because their bodies are growing and they’re replicating DNA like crazy,” Plewa noted.

He added that while public pools keep a high level of chlorine in the water to keep bacteria and pathogens down, very little research is conducted on evaluating levels of generated disinfection by-products.

Ironically, the DBPs that are currently regulated by the EPA tend to be some of the least toxic DBPs in Plewa’s study. “We’ve found that the emerging DBPs are much more genotoxic and much more cytotoxic. But I can’t fault EPA because these data were not present at the time and in fact the development of the database of over 70 DBPs has been done in concert with our colleagues at the federal EPA,” he said.

Plewa said that until new technologies are engineered to safely disinfect the water in public pools, education is needed to encourage people to bathe or shower before entering a public pool. “It’s the organic material that gets in the pool that is disinfected and then recirculated over and over again,” he stressed. “That’s why we call swimming pools disinfectant by-product reactors. But by public education, by personal behavior, there should be ways that we can reduce the levels of the dissolved organic material that should reduce the level of DBPs.”