You are here: Home › News › Organic molecule hints at alien life
By Will Parker on November 26, 2008 in News 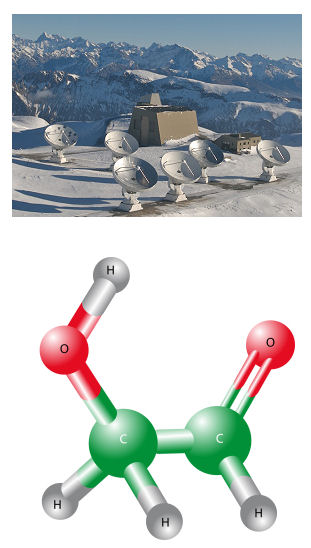 “This is an important discovery as it is the first time glycolaldehyde, a basic sugar, has been detected towards a star-forming region where planets that could potentially harbor life may exist,” said Dr Serena Viti, one of the paper’s authors from University College London.