You are here: Home › News › Size matters! Nanosilver risks unknown, say watchdog group
By Will Parker on September 9, 2008 in News 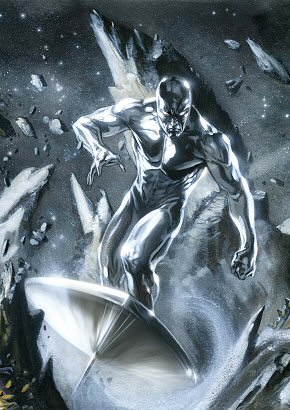 Widespread use of nanoscale silver in consumer products will challenge regulatory agencies to balance important potential benefits against the possibility of significant environmental risk, says a new report by industry watchdog The Project on Emerging Nanotechnologies (PEN).

The issue of risk and nanoscale silver was highlighted after the EPA earlier this year imposed a landmark fine of $200,000 on a California company selling computer keyboards coated with nanosilver. The EPA issued the fine on the grounds that the products should have been registered under federal pesticide law because of the company’s germ-killing claims.

Similar fines have not been imposed since, but the action is increasing attention on the potential risks posed by nanoscale silver and oversight of nanotechnology as a whole. There currently are more than 200 manufacturer-identified nanosilver products on the market and contained in the online nanotechnology consumer products inventory maintained by PEN -everything from baby carriages and air filters to athletic socks and coin-operated washing machines.

Silver itself is classified as an environmental hazard by the EPA because it is more toxic to aquatic plants and animals than any metal except mercury. Even if a nanoparticle itself is not especially toxic, silver nanoparticles increase the effectiveness of delivering toxic silver ions to locations where they can cause toxicity.

“We need not assume that because nano is new, we have no scientific basis for managing risks,” says Dr. Samuel N. Luoma, the author of the new report. “Our existing knowledge of silver in the environment provides a starting point for some assessments, and points toward some of the new questions raised by the unique properties for nanoparticles that need to be addressed through new research.”

The report notes that the mass of silver dispersed to the environment from new products could be substantial if one product, or a combination of such products, becomes widespread. “The silver that went into wastewaters when millions of people had their photographs developed taught us that small additions of silver to the environment make a big difference,” says Dr. Luoma. “Perhaps more significant, we have no means of detecting nanosilver in the environment once it is released, even if concentrations rise to levels that are toxic to aquatic ecosystems.”

Source: The Project On Emerging Nanotechnologies

Work Smarter, Eat Harder
Climatologists get to grips with aerosols