You are here: Home › News › HIV Prevention Message Failing
By Will Parker on May 12, 2008 in News 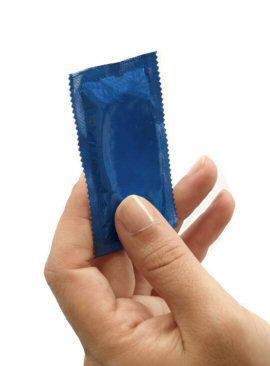 The most common HIV prevention strategies – condoms, HIV testing, STD awareness and abstinence – are having a limited impact on the predominantly heterosexual epidemics occurring in Africa, say experts from the Harvard School of Public Health and the University of California.

In a new policy paper, the researchers argue that two interventions currently getting less attention and resources – male circumcision and reducing multiple sexual partnerships – should become the cornerstone of HIV prevention efforts in the high-HIV-prevalence parts of Africa.

In most countries, HIV transmission remains concentrated among sex workers, men who have sex with men and/or injecting drug users and their sexual partners. In many parts of Africa, however, HIV has jumped outside these high-risk groups, creating generalized epidemics spread mainly among people who are having multiple and concurrent (overlapping) sexual relationships. In nine countries in southern Africa, more than 12 percent of adults are infected with HIV.

“Despite relatively large investments in AIDS prevention efforts for some years now, including sizeable spending in some of the most heavily affected countries, it’s clear that we need to do a better job of reducing the rate of new HIV infections. We need a fairly dramatic shift in priorities, not just a minor tweaking,” said Harvard’s Daniel Halperin, a co-author of the paper.

Halperin and his colleagues say that the current widely used prevention strategies, while having value in some instances, are not as effective at preventing HIV transmission as male circumcision and reducing multiple sexual partners and thus should not continue to receive the bulk of donor investments for prevention, especially in Africa.

The paper, appearing in Science, notes that condom use can be effective in countries such as Thailand, where the epidemic is spread primarily through sex work. However, studies have found no evidence that condom use has played a role in HIV decline in generalized, primarily heterosexual epidemics, such as those in southern Africa. This is mainly because most HIV transmission there occurs in more regular sexual relationships, in which achieving consistent condom use has proved extremely difficult.

In contrast, a number of studies have shown that male circumcision significantly reduces the risk of heterosexual HIV infection. “It is tragic that we did not act on male circumcision in 2000, when the evidence was already very compelling. Large numbers of people will die as a result of this error,” said co-researcher Malcolm Potts.

Similarly, partner reduction appears to have played a primary role in reducing HIV rates in Uganda, Kenya, Zimbabwe, Cote d’Ivoire, and in urban Malawi and Ethiopia. Uganda’s “Zero Grazing” campaign, initiated in 1987, indicated that reducing partners can be achieved on a large scale as later surveys revealed that the number of people reporting multiple and casual partners declined by over half.

The authors argue that HIV prevention priorities need to shift significantly to reflect the best available scientific evidence. They note that only 1 percent of total prevention funding requested by the United Nations AIDS Program is earmarked for male circumcision. “The vast majority of donor investments in HIV prevention in the generalized epidemics of Africa continue to go to approaches for which the evidence of actual impact is increasingly unclear,” said Halperin. The authors recommend that those approaches for which the evidence is much stronger, such as voluntary male circumcision and assertively promoting partner reduction, should be quickly scaled up.

Related:
African Trial Shows Circumcision “Can Save A Lot Of Lives”
New Study Slams Male Circumcision As HIV Preventative
AIDS On The Road