You are here: Home › News › World’s First City Was Destroyed By Fierce Ancient Battle
By Will Parker on January 17, 2007 in News 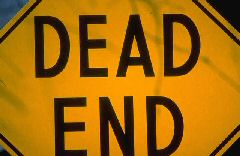 Archaeologists from the University of Chicago and the Syrian Department of Antiquities have uncovered new details about the tragic end of Hamoukar, one of the world’s earliest cities, as well as clues about how urban life may have begun there. Sadly, it seems what might have been the world’s first city was destroyed by what the researchers say was probably the world’s first major urban battle.

“The attack must have been swift and intense. Buildings collapsed, burning out of control, burying everything in them under vast pile of rubble,” said Clemens Reichel, the American co-director of the Syrian-American Archaeological Expedition to Hamoukar. Reichel added that the battle that destroyed Hamoukar around 3500 BCE probably left the residents destitute as they buried their dead in the ruins of the city.

Hamoukar was on a key trade route that led from Anatolia (Turkey) across Northern Syria and the river Tigris into Southern Mesopotamia. Some evidence of this long-lasting trade was found in a large mound to the south of Hamoukar’s main site. The team found obsidian fragments in an area of over 700 acres, which they dated to 4,500 – 4,000 BCE using pottery fragments found with the obsidian. In addition to tools and blades, the team found large amounts of production debris such as cores, a discovery that Reichel says is even more significant than finding actual tools as it indicates that the inhabitants were not just using the tools, they were making them.

The discovery of an obsidian processing center is significant, Reichel said, for it could explain the emergence of a city in this location at such an early time. A large-scale export of tools to Southern Mesopotamia would have resulted in significant revenue and accumulation of wealth. “This could have been the incentive that pulled people off their fields. People specialized. Instead of plowing their own fields they bought their food supplies from surrounding villages. And once people accumulated a fortune they want a walled enclosure to protect it – your first city.” Interestingly, unlike in southern Mesopotamia, the prime mover towards urbanism appears to have been economic incentive, not coercion.

The excavations have also revealed how the demise of Hamoukar likely came about. Over 1,000 egg-shaped sling bullets were found, leading the excavators to conclude that an early act of warfare had caused the end of the settlement. “We literally have them [the bullets] at all stages of use, from manufacture to impact,” Reichel said, pointing out that the team found a sling bullet that had pierced the plaster of a mud brick wall.

The team discovered several rooms where more than 1,100 sling bullets were found mixed in with collapsed walls and roofs. They also found a shallow pit that was used to make sling bullets during the city’s final hours. This was indicated by two dozen sling bullets that were lined up neatly along its edge. “It looks as if they were – quite literally – throwing everything they could find against the aggressors,” Reichel said.