You are here: Home › News › Regeneration Hinges On Cell Death
By Will Parker on December 13, 2006 in News 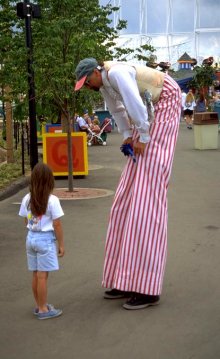 Medical science could be one step closer to understanding how a human limb might be regenerated or a spinal cord repaired. Reporting in Developmental Biology, scientists at The Forsyth Institute have discovered that some cells have to die for regeneration to occur. The study’s findings could provide key insights into the mechanisms necessary for therapeutic regeneration in humans to occur.

The Forsyth team focused their attentions on the frog (Xenopus) tadpole, which is able to re-grow a fully functioning tail and all of its components, including muscle, vasculature, skin, and spinal cord. They found that apoptosis (programmed cell death) appears to play a novel and critical role in regeneration. “Simply put, some cells have to die for regeneration to happen,” said team leader Michael Levin.

In trying to understand the biophysical controls of regenerative processes, Levin and his co-researchers investigated the dynamics of cell number control in the tadpole’s regenerating tail bud. Previous research had shown that one mechanism by which cell number is controlled is by programmed cell death, which has been shown to be involved in the sculpting of growing tissue in a number of developmental systems including heart, limb and craniofacial patterning.

The team showed that despite the massive tissue proliferation required to re-build the tail, an early apoptotic event is required for regeneration to occur. Normal regeneration of the tail includes a small focus of apoptotic cells; when apoptosis is inhibited during the first 24 hours, regeneration cannot proceed and the growth of nerve axons becomes abnormal. Later inhibition of apoptosis has no effect, suggesting that the programmed death of a specific cellular component is a very early step in the regeneration program.

The researchers speculate that tissues normally contain a population of cells whose purpose is to prevent massive growth in the region surrounding them. Future work by the group will identify the cells that must die, in order to try to understand the signals that cells utilize for growth control. “It is exciting to think that someday this process could be managed to allow medically therapeutic regeneration,” said co-researcher Ai-Sun Tseng.