You are here: Home › Evolution › News › Human intellectual abilities in decline, claims geneticist
By Will Parker on November 13, 2012 in Evolution, News 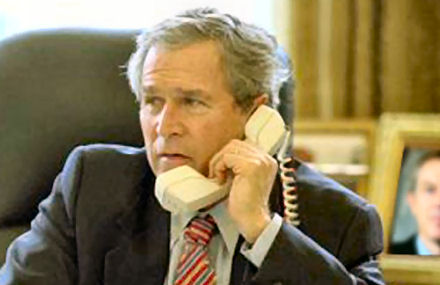 An intriguing new hypothesis published in the journal Trends in Genetics suggests that we are losing our intellectual and emotional capabilities because the intricate web of genes endowing us with our brain power is particularly susceptible to mutations and that these mutations are not being selected against in the modern world.

The papers’ author, Dr. Gerald Crabtree, of Stanford University, contends that humans were at their intellectual peak 150,000 years ago. “The development of our intellectual abilities and the optimization of thousands of intelligence genes probably occurred in relatively non-verbal, dispersed groups of peoples before our ancestors emerged from Africa,” explains Crabtree. “In this environment, intelligence was critical for survival, and there was likely to be immense selective pressure acting on the genes required for intellectual development, leading to a peak in human intelligence.”

He argues that we began to slowly lose ground from that point onwards. With the development of agriculture, came urbanization, which Crabtree believes weakened the power of selection to weed out mutations leading to intellectual disabilities.

The paper notes that human intelligence requires optimal functioning of a large number of genes, which require enormous evolutionary pressures to maintain. Unfortunately, says Crabtree, these genes that are involved in brain function are uniquely susceptible to mutations. He estimates that within 3,000 years (around 120 generations) we have all sustained two or more mutations harmful to our intellectual or emotional stability. “The combination of less selective pressure and the large number of easily affected genes is eroding our intellectual and emotional capabilities,” he argues.

Crabtree’s arguments are given some support by another study recently carried out at the University of Pittsburgh. Published in the British Journal of Educational Technology, the study looked at how undergraduate engineering students completed a number of multi-choice math questions related to sine waves (a mathematical function that describes a smooth repetitive oscillation). Study leader Samuel King, from the University’s Learning Research & Development Center, said the students that used calculators demonstrated a worrying lack of insight into the problems. “Instead of being able to accurately represent or visualize a sine wave, these students adopted a trial-and-error method by entering values into a calculator to determine which of the four answers provided was correct,” said King. “It was apparent that the students who adopted this approach had limited understanding of the concept, as none of them attempted to sketch the sine wave after they worked out one or two values.” King’s study concludes that further research regarding calculators’ role in the classroom is needed.

But Crabtree doesn’t believe we need to worry too much about our declining brain power. The loss is slow, he says, and future technologies are bound to reveal solutions to the problem. “I think we will know each of the millions of human mutations that can compromise our intellectual function and how each of these mutations interact with each other and other processes as well as environmental influences,” he envisages. “At that time, we may be able to magically correct any mutation that has occurred in all cells of any organism at any developmental stage. Thus, the brutish process of natural selection will be unnecessary.”