You are here: Home › Health › Diet › News › Benefits of breastfeeding last into adolescence
By Will Parker on January 6, 2011 in Diet, News 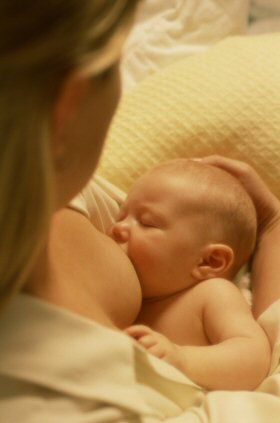 Breastfeeding appears to confer advantages well beyond infancy, with European researchers reporting significant differences in muscle strength and aerobic capacity when comparing teenagers who were breastfed as infants with others who were not breastfed.

“Until now, no studies have examined the association between breastfeeding and future muscular aptitude,” noted researcher García Artero, from the University of Granada. “Our objective was to analyze the relationship between the duration of breastfeeding babies and their physical condition in adolescence.”

The study involved interviewing the parents of 2,567 adolescents and carrying out physical tests on their children in order to evaluate abilities such as aerobic capacities and muscular strength.

The study, published in the Journal of Nutrition, showed that the adolescents who were breastfed as babies had stronger leg muscles than those who were not breastfed. Moreover, muscular leg strength was greater in those who had been breastfed for a longer period of time. Additionally, breastfeeding was associated with a better performance in horizontal jumping by boys and girls regardless of morphological factors such as fat mass, height of the adolescent or the amount of muscle.

“The results suggest further beneficial effects and provide support to breast feeding as superior to any other type of feeding,” said Artero. “As regards the newborn, the advantages in the first years of life include immunological protection against allergies, skin diseases, obesity and diabetes, as well as a guarantee of the growth, development and intelligence of the baby. If all children were exclusively breastfed from birth, it would be possible to save approximately 1.5 million lives. The benefits are also substantial for the woman: reduction of post-birth hemorrhage, anemia and risk of breast and ovarian cancer.”