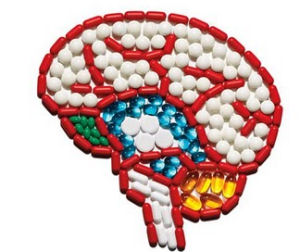 Experiments with monkeys showed that the antidepressant sertraline (marketed as Zoloft) significantly increased the volume of one brain region in depressed subjects but decreased the volume of two brain areas in non-depressed subjects. Conducted by researchers from Wake Forest Baptist Medical Center, the experimental results have been published in the journalNeuropharmacology.

“These observations are important for human health because Zoloft is widely prescribed for a number of disorders other than depression,” said Carol A. Shively, lead author of the study.

In the study, 41 middle-aged female monkeys were fed a diet formulated to replicate that consumed by many Americans for 18 months, during which time depressive behavior in the animals was recorded. Female monkeys were chosen for this study because depression is nearly twice as common in women as men and the use of antidepressants is most common in women ages 40 to 59.

After the 18-month pre-study phase, the monkeys were divided into two groups balanced for body weight, body mass index and depressive behavior. For the next 18 months, 21 monkeys received sertraline in daily doses comparable to those taken by humans while a group of 20 received a placebo. According to Shively, this treatment regimen is analogous to a human taking an antidepressant for approximately five years.

MRI images taken at the end of the treatment phase revealed that in depressed subjects the drug significantly increased the volume of one region of the brain, the anterior cingulate cortex, while decreasing the volume of this same region and the hippocampus in non-depressed subjects. Both of these areas are highly interconnected with other areas of the brain; are critical in a wide array of functions including memory, learning, spatial navigation, will, motivation and emotion; and are implicated in major depressive disorder.

In humans, Shively said, volume differences in neural structures have been noted in depressed and non-depressed individuals, with the most commonly reported differences being smaller volumes of the cingulate cortex and hippocampus in depressed people. One potential mechanism through which drugs such as Zoloft can be effective as antidepressants is by promoting neuron growth and connectivity in these brain regions.

But SSRIs, including Zoloft, are prescribed for a variety of disorders besides depression, including bulimia, hot flashes, obsessive-compulsive disorder, post-traumatic stress disorder, stroke recovery and sexual dysfunction, and there are no studies of the effects of these drugs on brain volumes in individuals not diagnosed with depression.

“The study’s findings regarding the different effects of sertraline on brain-region volumes in depressed versus non-depressed subjects are compelling,” Shively said. “But given the number of different disorders for which SSRIs are prescribed, the findings need to be investigated further in patient populations to see if these drugs produce similar effects in humans.”

Magnetic wormhole connecting two regions of space created by Spanish physicists
“Molecules” made of light may be possible, say physicists