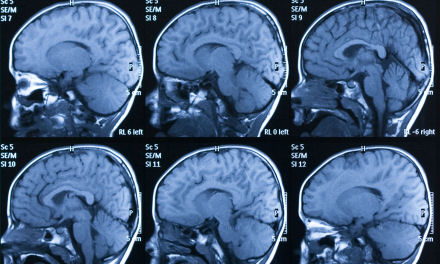 New research from King’s College London sheds light on why premature birth is linked to a greater risk of neurodevelopmental problems, including autistic spectrum disorders and attention deficit disorders. The new work, published in the journal PNAS, used functional magnetic resonance imaging to establish that premature birth can alter connectivity between key areas of the brain.

Researcher Hilary Toulmin and her team looked at specific connections in the brains of 66 infants, 47 of whom were born before 33 weeks and were therefore at high risk of neurological impairment, and 19 born at term. The brain connections investigated were between the thalamus and the cortex, connections which develop rapidly during the period a preterm infant is cared for on a neonatal unit.

Toulmin found that those born in the normal window of birth (37-42 weeks) showed a remarkably similar structure to adults in these brain regions, strengthening existing evidence that the brain’s network of connections is quite mature at the time of birth.

However, infants born prematurely (before 33 weeks) were found to have less connectivity between areas of the thalamus and areas of the brain’s cortex known to support higher cognitive functions. The greater the extent of prematurity, noted Toulmin, the more marked were the differences in the pattern of brain connectivity.

“In studies of adolescents and adults, these areas form the salience network, and that network is found to be disrupted in conditions such as ADHD and autism. Premature infants are at greater risk of both of these,” noted Toulmin. “In the case of ADHD, it is particularly inattention which is associated with preterm birth. They are not hyperactive, but have poor concentration.”

Intriguingly, the premature infants also showed greater connectivity between the thalamus and an area of primary sensory cortex which is involved in processing signals from the face, lips, jaw, tongue, and throat.

Toulmin suggests that the stronger connections involving face and lips in babies born preterm may reflect their early exposure to breastfeeding and bottle feeding, while the reduced connectivity in other brain regions may be linked to the higher incidence of difficulties seen in later childhood.

“The next stage of our work will be to understand how these findings relate to the learning, concentration and social difficulties which many of these children experience as they grow older,” said Toulmin.

Related:
Discuss this article in our forum
Earliest roots of psychiatric disorders traced to stress effects on single gene
The longer a mother breastfeeds, the higher the IQ and salary
Low birth weight infants “programmed” for obesity
Plastics chemicals linked to ADHD symptoms