You are here: Home › Health › Mental Health › News › Scientists map mental illness’ effects on life expectancy
By Will Parker on May 23, 2014 in Mental Health, News 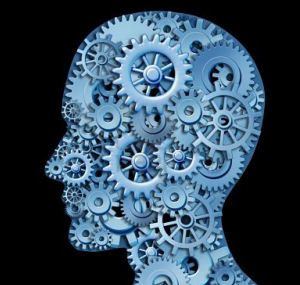 A new study by researchers at the University of Oxford shows that mental illnesses reduce life expectancy by 10-20 years, a loss of years that’s equivalent to or worse than that for heavy smoking. The researchers say the figures should galvanize governments and health and social services to put a much higher priority on how mental health services can prevent early deaths.

The new meta-study was based on a range of clinical studies which reported mortality risk for a whole range of diagnoses – mental health problems, substance and alcohol abuse, dementia, autistic spectrum disorders, learning disability, and childhood behavioral disorders. In total, the review examined over 1.7 million individuals and more than 250,000 deaths. The findings appear in the journal World Psychiatry.

Some of the findings included:

The researchers note that the loss of years among heavy smokers is 8 to 10 years. “We found that many mental health diagnoses are associated with a drop in life expectancy as great as that associated with smoking 20 or more cigarettes a day,” said researcher Dr Seena Fazel.

The study acknowledges there are likely to be many reasons for mental illness’ increased mortality risk. “High-risk behaviors are common in psychiatric patients, especially drug and alcohol abuse, and they are more likely to die by suicide,” said Fazel. “The stigma surrounding mental health may mean people aren’t treated as well for physical health problems when they do see a doctor.”

One pernicious problem, according to Fazel, is the tendency to separate mental and physical illness. “Many causes of mental health problems also have physical consequences and mental illness worsens the prognosis of a range of physical illnesses, especially heart disease, diabetes and cancer. Unfortunately, people with serious mental illnesses may not access healthcare effectively.”

Related:
Discuss this article in our forum
Earliest roots of psychiatric disorders traced to stress effects on single gene
Can probiotics treat depression?
Psychiatrists put their profession on the couch
“Significant association” found between use of psychedelic drugs and better mental health

Vitamin E in canola linked to asthma, lung inflammation
Could heat from a Martian volcano create a habitable environment?