You are here: Home › News › Space › First pics from Chinese Moon rover Yutu
By Will Parker on December 14, 2013 in News, Space 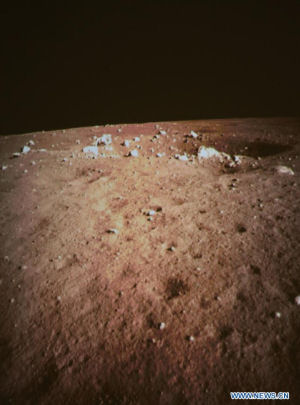 The Chinese lunar probe Chang’e-3 has successfully touched down on the Moon in the Sinus Iridum crater (also known as the Bay of Rainbows) and its rover Yutu (Jade Rabbit) has sent back its first pictures of the surface of the Moon.

The lunar probe began its soft-landing maneuvers at 9pm Saturday (Beijing time) and touched down 11 minutes later, according to Beijing Aerospace Control Center. The probe began decelerating 11 miles above the moon, stayed hovering at 300 feet from the lunar surface while its sensors assessed the landing area to avoid obstacles, and then descended slowly to the surface. China is only the third country, after the United States and the Soviet Union, to soft-land on the moon.

The Yutu rover is equipped with a solar panel to power it during the lunar day on its three month mission. During this time, it will explore a two square mile area. It carries four instruments: a video/still camera; ground penetrating radar, visual/infrared spectrometer, and alpha particle/X-Ray spectrometer. 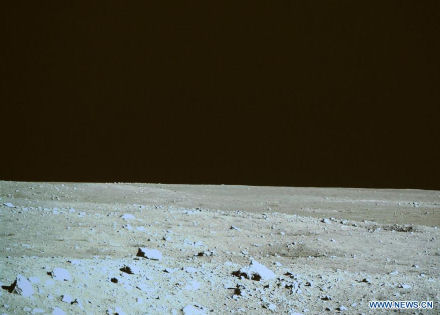 Chinese space scientists say the mission is designed to test new technologies, gather scientific data and build intellectual expertise. It will also scout valuable mineral resources on the Moon that could one day be mined. “China’s lunar program is an important component of mankind’s activities to explore [the] peaceful use of space,” Sun Huixian, a space engineer with the Chinese lunar program, told news agency Xinhua. 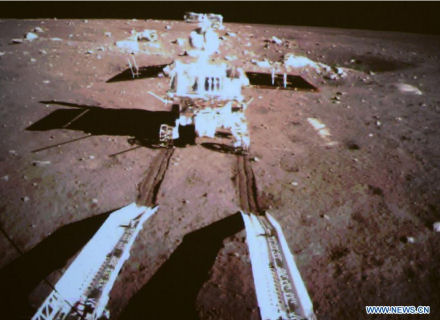