You are here: Home › Animal Kingdom › News › Magnetic-field sensing cells isolated in fish
By Will Parker on July 11, 2012 in Animal Kingdom, News 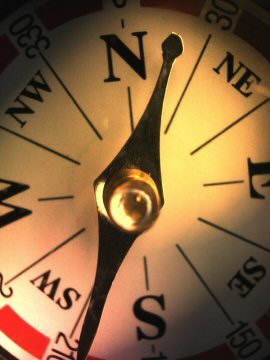 Researcher Michael Winklhofer, from Ludwig Maximilians University (Munich), explained that while the magnetic material magnetite had been found previously in fish and bird tissue, the individual cells that contained the magnetite had, until now, never been isolated. Past efforts to ascertain how changes in magnetic fields were converted into nerve impulses had also drawn a blank. “The field penetrates the whole organism, so such cells could be located almost anywhere, making them hard to identify,” said Winklhofer.

To track down the magnetosensory cells, Winklhofer and his collaborators worked with the olfactory epithelium of rainbow trout (Oncorhynchus mykiss). The researchers first used enzymes to dissociate the snout tissue into single cells. The cell suspension was then stimulated with an artificial, rotating magnetic field. This approach enabled the team to identify and collect single magnetoresponsive cells, and characterize their properties in detail. Much to Winklhofer’s surprise, the cells turned out to be more strongly magnetic than previously postulated – a finding that explains the high magnetic sensitivity of the cells.

Winklhofer’s paper, in the Proceedings of the National Academy of Sciences, describes how the the cells sense the field by means of micrometer-sized inclusions composed of magnetic crystals, probably made of magnetite. The inclusions are coupled to the cell membrane, which is necessary to change the electrical potential across the membrane when the crystals realign in response to a change in the ambient magnetic field. “This explains why low-frequency magnetic fields generated by powerlines disrupt navigation relative to the geomagnetic field and may induce other physiological effects,” says Winklhofer.

The new findings could lead to advances in the development of highly sensitive magnetometers. In addition, they raise the question of whether some human cells might contain magnetite. “If the answer to the question is yes”, Winklhofer speculates, “intracellular magnetite would provide a physiological substrate that could couple to so-called electrosmog.”