You are here: Home › Humans › News › Is texting stunting our reading skills?
By Will Parker on February 17, 2012 in Humans, News 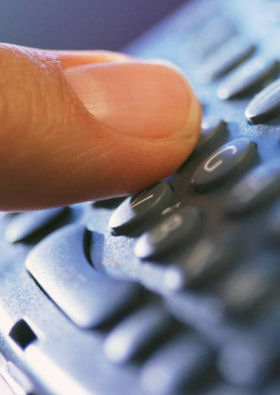 The general assumption that text messaging encourages unconstrained language is a myth, says Canadian linguist Joan Lee, who contends that texting has a negative impact on people’s linguistic ability to interpret and accept words.

For her thesis, Lee asked a cohort of university students about their reading habits, including text messaging, and presented them with a range of words both real and fictitious. Grammatical acceptability judgments and media exposure measures (such as the number of text messages received per month and the number of books read in the past year) were collected. Acceptability judgments were obtained for both existing Standard English word forms and other novel or deviant forms.

The findings revealed that those who texted more were less accepting of new words. On the other hand, those who read more traditional print media such as books, magazines, and newspapers were more accepting of the those words.

“The people who accepted more words did so because they were better able to interpret the meaning of the word – or tolerate the word – even if they didn’t recognize the word,” explained Lee. “Students who reported texting more rejected more words instead of acknowledging them as possible words.”

Lee suggests that reading traditional print media exposes people to variety and creativity in language that is not found in colloquial peer-to-peer text messaging.

“It helps readers to develop skills that allow them to generate interpretable readings of new or unusual words,” she notes. “In contrast, texting is associated with rigid linguistic constraints which caused students to reject many of the words in the study. This was surprising because there are many unusual spellings – for example, textisms such as ‘LOL’ – in text messaging language.”

Lee adds that for texters, word frequency is an important factor in the acceptability of words. “Textisms represent real words which are commonly known among people who text. Many of the words presented in the study are not commonly known and were not acceptable to the participants in the study who texted more or read less traditional print media.”