You are here: Home › Mind and Brain › News › Nicotine receptors found to play key role in social behaviors
By Will Parker on July 4, 2011 in Mind and Brain, News 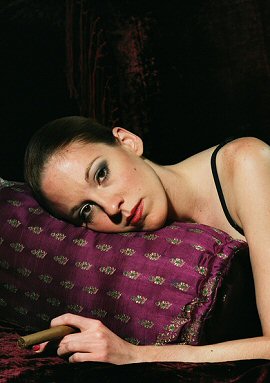 “One of the main aims would be to understand and help people to make good decisions for themselves (and for others) and to maintain, during old age, such abilities in the social domain as well as in other aspects of our lives,” said researcher Sylvie Granon, from the Université Paris Sud XI.

Granon and her colleagues first introduced mice into an open space and tested their will to interact with other mice of the same sex or to explore a novel place. The respective times spent for either social contact or novelty exploration were measured and evaluated.

The researchers then removed the prefrontal cortex in otherwise normal mice, which resulted in mice with significant social deficits. Those genetically modified to lack the nicotinic receptor gene for a widespread subunit called beta2 subtype, seemed to favor social contact rather than the investigation of a novel environment. When the beta2 nicotinic receptor in the brain was re-expressed, a normal balance between social contact and novelty seeking was restored.

“This research can be summed up by saying that it’s the real-life equivalent of Chatty Cathy marrying the Marlboro Man,” commented Gerald Weissmann, Editor-in-Chief of theFASEB Journal. “Who could have guessed that there may be a biological explanation for ‘social butterflies.’ The explanation was found in an area of the brain that for decades has been considered a locus for nicotine addiction.”

Related:
New Theory On How Nicotine Protects The Brain
Insects Keep Coming Back For Nicotine-Laden Pollen
Liar, Liar, Your Prefrontal Cortex Is On Fire