You are here: Home › News › Switching Gayness On And Off
By Will Parker on December 10, 2007 in News 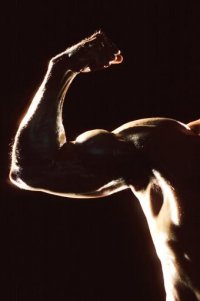 While the nature-nurture argument about homosexuality continues to be debated, a team of neurobiologists from the University of Illinois at Chicago have discovered that sexual orientation in fruit flies is controlled by a previously unknown regulator of synapse strength. Armed with this knowledge, the researchers were able to use either genetic manipulation or drugs to turn the flies’ homosexual behavior on and off within hours.

Lead researcher David Featherstone, explained that the on-off switch is related to a gene in fruit flies called “genderblind,” or GB. Featherstone found the GB interesting initially because it has the unusual ability to transport the neurotransmitter glutamate out of glial cells – cells that support and nourish nerve cells but do not fire like neurons do. Previous work from his laboratory showed that changing the amount of glutamate outside cells can change the strength of nerve cell junctions, or synapses, which play a key role in human and animal behavior. But the GB gene became even more interesting when post-doctoral researcher Yael Grosjean noticed that all the GB mutant male flies were courting other males. “It was very dramatic,” said Featherstone. “The GB mutant males treated other males exactly the same way normal male flies would treat a female. They even attempted copulation.”

Other genes that alter sexual orientation have been described, but most just control whether the brain develops as genetically male or female. It’s still unknown why a male brain chooses to do male things and a female brain does female things. The discovery of GB provided an opportunity to understand why males choose to mate with females. “Based on our previous work, we reasoned that GB mutants might show homosexual behavior because their glutamatergic synapses were altered in some way,” said Featherstone. Specifically, the GB mutant synapses might be stronger.

Featherstone and his colleagues reasoned that adult fly brains have dual-track sensory circuits, one that triggers heterosexual behavior, the other homosexual. When GB suppresses glutamatergic synapses, the homosexual circuit is blocked.

To test the idea that homosexual courtship might be sort of an ‘overreaction’ to sexual stimuli, Featherstone genetically altered synapse strength independent of GB, and also fed the flies drugs that can alter synapse strength. The team was thus able to turn fly homosexuality on and off – and within hours. “It was amazing. I never thought we’d be able to do that sort of thing, because sexual orientation is supposed to be hard-wired,” Featherstone said. “This fundamentally changes how we think about this behavior.”

Further work showed precisely how this happens – without GB to suppress synapse strength, the flies no longer interpreted smells the same way. “Pheromones are powerful sexual stimuli,” Featherstone said. “As it turns out, the GB mutant flies were perceiving pheromones differently. Specifically, the GB mutant males were no longer recognizing male pheromones as a repulsive stimulus.”

Related:
Brain Mapping Of Sexual Arousal
For Sheep, Homosexuality Is In The Genes
Eeew!