You are here: Home › News › Scientists Slam ExxonMobil’s Global Warming “Disinformation”
By Will Parker on January 4, 2007 in News 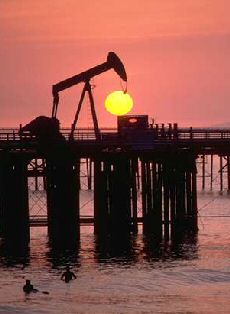 The Union of Concerned Scientists (UCS), a nonprofit independent scientific organization formed in 1969, has slammed what it calls ExxonMobil’s disinformation tactics in regard to climate change. The UCS has just released a report that details how ExxonMobil has adopted the tobacco industry’s disinformation tactics (as well as some of the same organizations and personnel), to cloud the scientific understanding of climate change and delay action on the issue. The report claims that in the last seven years, ExxonMobil has funneled nearly $16 million to a network of 43 advocacy organizations that seek to confuse the public on global warming science.

“ExxonMobil has manufactured uncertainty about the human causes of global warming just as tobacco companies denied their product caused lung cancer,” said Alden Meyer, the UCS’ Director of Strategy & Policy. “A modest but effective investment has allowed the oil giant to fuel doubt about global warming to delay government action just as Big Tobacco did for over 40 years.”

“When one looks closely, ExxonMobil’s underhanded strategy is as clear and indisputable as the scientific research it’s meant to discredit,” said Seth Shulman, author of the UCS report. “The paper trail shows that, to serve its corporate interests, ExxonMobil has built a vast echo chamber of seemingly independent groups with the express purpose of spreading disinformation about global warming.”

The report also claims that ExxonMobil exerted unprecedented influence over U.S. policy on global warming, from successfully recommending the appointment of key personnel in the Bush administration to funding climate change deniers in Congress. “As a scientist, I like to think that facts will prevail, and they do eventually,” said Harvard University’s Dr. James McCarthy, former chair of the Intergovernmental Panel on Climate Change’s working group on climate change impacts. “It’s shameful that ExxonMobil has sought to obscure the facts for so long when the future of our planet depends on the steps we take now and in the coming years.”

The report concludes that ExxonMobil has manufactured confusion around climate change science, and these actions have helped to forestall meaningful action that could minimize the impacts of future climate change. “ExxonMobil needs to be held accountable for its cynical disinformation campaign on global warming,” said Meyer. “Consumers, shareholders and Congress should let the company know loud and clear that its behavior on this issue is unacceptable and must change.”