You are here: Home › News › Giant Fungus Challenges Traditional Ideas Of Individuality
By Will Parker on March 27, 2003 in News 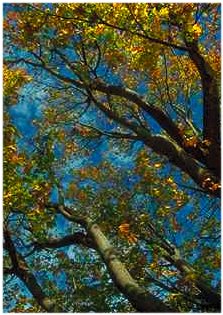 The world’s biggest fungus, discovered in Oregon’s Blue Mountains in 2001, is challenging traditional notions of what constitutes an individual. The underground fungus – estimated to be between 2000 and 8500 years old – is also deepening our understanding of the ecosystem, with possible implications for the management of Canadian forests, according to a paper published March 17 on the Web site of the Canadian Journal of Forest Research (http://cjfr.nrc.ca).

The clone of Armillaria ostoyae – the tree-killing fungus that causes Armillaria root disease – covers an area of 9.65 square kilometres, about the size of 6000 hockey rinks or 1600 football fields.

“It’s one organism that began as a microscopic spore and then grew vegetatively, like a plant,” says Dr. Catherine Parks, a research plant pathologist with the United States Department of Agriculture (USDA) Forest Service and co-ordinator of the research team. “From a broad scientific view, it challenges what we think of as an individual organism.”

In the paper, being published in the April 2003 issue of the Canadian Journal of Forest Research, researchers at the USDA Forest Service reveal their findings about the huge fungus, including how they discovered it was a single organism, and the potential implications for forest management practices.

Armillaria root disease is a pernicous killer of trees in many parts of the U.S. and across southern Canada. It has been estimated to cause growth loss and mortality of 3.8 million cubic meters of lumber annually in B.C. The fungus spreads mainly along tree roots, but also through the soil using shoestring-like structures called rhizomorphs.

By collecting samples of the fungus from different points in the forest and observing the reactions as they were grown together on Petri dishes, researchers mapped the range of the fungus and confirmed its genetic identity. Said Dr. Parks, “The technique is actually very simple, and makes use of this fungus’ own ability to distinguish one individual from another.”

Researchers thought that individual fungus organisms grew in distinct clusters in the forest, marked by the ring-shaped patches of dead trees that they spotted during overhead flights. No one expected to find that the well-separated clusters represented one contiguous organism. “If you could take away the soil and look at it, it’s just one big heap of fungus with all of these filaments that go out under the surface,” says Dr. Parks. “The fact that an organism like this has been growing in the forest for thousands of years really expands our view of the forest ecosystem and how it functions.”

Until now, forest managers thought that humans worsened the spread of Armillaria root disease by suppressing the forest fires that are part of the natural cycle of renewal. “But because this fungus is thousands of years old, and grew long before fire systems were influenced by man, we know this isn’t the case,” says Dr. Parks. “It also means that fire does not naturally control this disease.”

This means that the fungus, in all its far-flung glory, is a natural participant in the forest cycle. In fact, it is often present in areas with little visible tree damage. Knowing this, forest managers may be more prudent when using traditional management practices such as selected cutting. “After you cut an infected tree, the entire root system can be colonized by the fungus, which then increases the disease potential around that area,” says Dr. Parks.

Forest managers may also want to consider which species to focus on during planting and harvesting. “When planting, they may want to introduce less susceptible trees – such as western larch, western white pine, and ponderosa pine – and harvest the more susceptible trees during thinning.”

According to Cindy Prescott, co-editor of the Canadian Journal of Forest Research, the findings are an exciting example of developments in forest research. “This study is an indication of the kind of discoveries now possible as scientists apply these new and developing techniques to explore the world below ground. It’s just the tip of the iceberg of new knowledge, but these novel findings are already giving us new insights into how forests work, and causing us to rethink fundamental ideas like, what is an individual, and what is a species?”