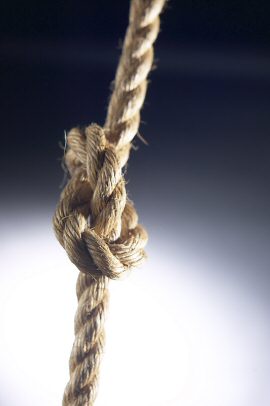 Ever since string theory was first proposed by Leonard Susskind in 1969 it has been plagued by ridicule and controversy, but the theory still continues to attract serious attention from prominent scientists. As with any theory amendments have to be made, and recently Susskind has come out and conceded that his initial model is likely only one small part of a much larger and more complex multifaceted megaverse. But many in the scientific community are resisting this revolutionary train of thought, and claim that Susskind has no evidence, and therefore no reason, to continue with this folly. But regardless of which camp you choose to side with, recent discoveries in astrophysics may soon put this little quandary to rest.

The initial motivation behind introducing string theory was to amend the Standard Model so that its fundamental units would become one-dimensional, elongated objects, rather than zero-dimensional particles. With such a model, string theorists hoped that a cogent and more consistent quantum theory of gravity would be revealed, in addition to a number of other fantastic consequences that would also follow. Some of these consequences may seem fairly mundane to the layperson, such as a unified theory of everything, which would amalgamate scientists' current understanding of the four basic forces of nature (gravity, electromagnetic, weak and strong). But some of these consequences, such as multiverses and other dimensions, seem more akin to science fiction. In more general terms, Susskind proposes that we may be fortunate enough to be living at a time when everything that we know about the universe is about to go through a tremendous and astonishing upheaval.

Susskind claims that our universe, and the unshakable physical laws that govern it, is but one small "pocket" of existence among a multitude of others. In other words, what's true in our neck of the woods does not necessarily hold true elsewhere in the megaverse. It's certainly a tantalizing prospect, but string theory (incorporating a number of variants on the same theme, such as supersymmetry that includes fermions, the building blocks of all matter) has one teensy-weensy problem; it has, as yet, no testable hypothesis. It's this bit of scientific sacrilege that makes it all too easy for critics of the theory to lambaste and lampoon it. One such critic is Peter Woit, lecturer in the Mathematics Department of Columbia University, who seems to be making a career out of claiming that without a testable hypothesis, string theory is no better than religious dogma. Put up, or shut up, as the saying goes. Well now, finally, it looks as though string theorists may finally get their day in court.

It was Einstein who proposed the idea of gravitational waves (a phenomenon that scientists are yet to observe), which are the supposed end product of moving matter warping the fabric of four-dimensional space-time. But now, researchers from the University of Washington (UW) claim that it is possible to detect gravitational waves emitted from what they call superstrings. Superstrings are, apparently, an observable effect consistent with at least one of the prevailing versions of string theory. UW cosmologist Craig Hogan describes superstrings as narrow tubes of energy leftover from the beginning of the universe, which have been substantially stretched out as the universe continues to expand.

Hogan believes there may be innumerable cosmic superstrings stretched out like giant elastic bands throughout the universe, holding indeterminate amounts of the vacuum of the early universe. These strings, says Hogan, can form loops that "flop around" and discharge gravitational waves as they decay and disappear. "They're so light that they can't have any effect on cosmic structure, but they create this bath of gravitational waves just by decaying," says Hogan. But just how does one go about detecting something that has no apparent affect on the cosmic structure?

Working on the premise that any moving body emits a gravitational wave, Hogan hypothesized that these gravitational waves should also produce a detectable frequency. "Big masses tend to take a long time to move about, so there are more sources at lower frequencies," explains Hogan. "Sensing these vibrations would add the soundtrack to the beautiful imagery of astronomy that we are used to seeing. All this time, we have been watching a silent movie." While the frequencies at which any gravitational wave is produced are likely to be well below that of human hearing (possibly 10 to 20 octaves below), Hogan and his team predict that these gravitational waves may feasibly be detected by listening out for them using a proposed orbiting observatory called the Laser Interferometer Space Antenna.

Ultimately, Hogan hopes that among the bass notes of black holes and binary stars there is more than a faint trace of superstrings contributing to his proposed cosmic symphony. "If we see some of this background, we will have real physical evidence that these strings exist," claims Hogan. But Hogan acknowledges that it will take more than just detecting gravitational waves to make a good case for the existence of superstrings; superstring gravitational waves must be isolated from the rest of the symphony. "The strings, if they exist, are part of that noise, but we want to listen in at lower frequencies and try to detect them," he said.

But there is still a very long way to go, and other recent discoveries may yet dampen the enthusiasm surrounding prospects of finally having, at least in theory, a way in which to test for the existence of strings. Researchers successfully mapping the apparent shape of dark matter contained in a region of space may be one example where superstring theory is rendered redundant. Researchers from ESA are amazed by how well their map of dark matter - using a technique called gravitational lensing, which researchers describe as the deflection of light from distant galaxies by the gravitational attraction of foreground mass concentrations - conforms to current standard models of matter. In this respect, the research teams working at ESA now consider dark matter the "scaffolding" encompassing the assembly of stars and galaxies. "It's reassuring how well our map confirms the standard theories for structure formation," says Richard Massey, of the California Institute of Technology.

Somewhat controversially, Peter Woit suggests that string theorists, starved of anything tangible to go on, seem to be appropriating known physics to suit their own ends. According to Woit, string theorists are offering dramatic and outrageous rhetoric, rather than science, to support their case, referring to one such "over-the-top outrageous" quote made by Susskind himself: "Dark matter and dark energy would remain imponderable enigmas, shorn of any clues about where they come from. Astronomers can live without knowing the quantum properties of gravity. But to learn that 96 percent of the cosmos is unknowable would be a bitter pill to swallow. It would be even worse for physicists. Without a logical framework in which to pose and answer questions, our inquiries into the fundamental aspects of the physical world would devolve into semantic quibbles."

Susskind's prospect of extra dimensions and possibilities beyond our wildest imaginings, beyond our "elegant universe," is sure to appeal to the fantasist inside of everyone, but whether this is reality rather than wishful thinking remains to be seen. "I don't know what strange and unimaginable twists our view of the universe will undergo while exploring the vastness of the landscape," Susskind said in a recent interview, "But I would bet that at the turn of the 22nd century, philosophers and physicists will look back nostalgically at the present and recall a golden age in which the narrow provincial 20th century concept of the universe gave way to a bigger better megaverse, populating a landscape of mind-boggling proportions."