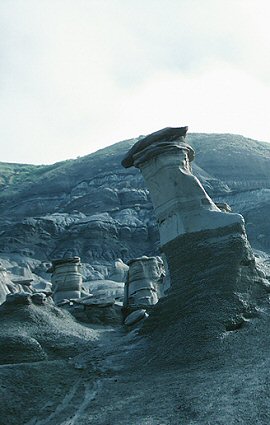 This week we continue with the second part of the top ten list of urgent Earth science questions devised by a group of leading Earth science experts at the behest of the National Research Council (NRC). The 10 "big picture" questions raised are ones that have been difficult to answer in the past, but are nonetheless questions that Earth scientists must face this century if we are to protect the planet and its inhabitants.

Why does the Earth have plate tectonics and continents?

When did Earth's continents first form, and what will their movements be in the future? These are questions that don't have exact answers as yet, but answering them may provide further clues to such fundamental questions as why Earth has plate tectonics at all.

Serious attempts at explaining the existence of continents and how they shift have been kicking around since the late 16th century, when cartographer Abraham Ortelius - and a string of other luminaries including Francis Bacon and Ben Franklin - first pondered the possibility of continental drift. But it wasn't until 1912 that a theory of continental drift - as well as the theory that all of Earth's continents once formed a giant land mass called Pangaea - was properly fleshed out by German interdisciplinary scientist and meteorologist Alfred Wegener.

But Wegener's theories were to remain supposition right up until 1947. During this year, a team of scientists studying the Atlantic Ocean found differences in seabed foundations, and variations in oceanic crust thickness that indicated Wegener's theory was likely correct. Unfortunately, however, Wegener died in 1930, and missed the opportunity to bask in the kudos he was due.

Contemporary plate tectonic theory is now very robust in regard to the mechanisms behind plate movements. So much so that research has now turned to discovering links between plate tectonics and Earth's water supplies, continent creation, oceans, and life itself. According to the authors of the NRC report, answering such questions would be extremely useful, as the continental crust is known to play a key role in regulating Earth's climate.

What causes the climate to change - and how much can it change?

The authors of the NRC report acknowledge that out of all the Earth systems they discuss, climate is the most widely (and, er, heatedly) discussed topic within the public arena. A situation that has no doubt been fueled by its politicization, and the subsequent media interest - often provoking controversy where none previously existed - that has arisen as a consequence. At the heart of climate change research lays the question: what causes the climate to change?

Referring to the 2007 IPCC report on climate change, the authors of the NRC report say that it is now "widely recognized" that Earth's surface temperatures have increased since the beginning of the industrial age, and that CO2 is "at least partly, if not wholly, responsible" for this rise. Even if you're an anthropogenic climate change skeptic, it doesn't change the fact that our climate is changing.

We think of the Earth's surface temperature as being relatively stable, but in reality, it's anything but. "We know that human civilizations developed during an unusual period of climate stability over the past 10,000 years or so," write the NRC authors. "But we also know from geological evidence that momentous changes can occur in periods as brief as centuries or even decades in ways that would disrupt human settlement patterns worldwide."

For now, scientists search for clues in ice cores, sediments, fossils, and rocks, which show how Earth's climate has changed over the past 4-billion years. Such samples provide a glimpse at the Earth's geological record that may allow researchers to make predictions about the Earth's climate in the future. According to the report, researchers have already identified some of Earth's more extreme and abrupt climate changes, and their possible causes. Periods of abrupt climate change in Earth's history include the Permian-Triassic boundary, the Paleocene-Eocene Thermal Maximum, and Dansgaard-Oeschger events in the more recent Pleistocene Epoch. The latter of these are abrupt climate fluctuations that occurred every 1,500 years during the last ice age. "Each oscillation is characterized by gradual cooling followed by abrupt warming, typically over just a few decades," write the NRC report authors. "Even though these changes are rapid, their magnitude is large - annual temperature swings of up to 16& #176;C are recorded in Greenland ice cores."

How are Earth processes controlled by material properties?

From little things, big things grow; seems to be the key to this question. While the ten big Earth science questions have so far tackled the macroscale behaviors of plate tectonics and mantle convection, these large behaviors are themselves the result of microscale properties of Earth materials - down to the atomic level. This may seem obvious, but sometimes it takes a while before the simplest of concepts becomes clear. According to the report, research exploring the atomic structure of Earth materials will be crucial to understanding Earth's macroscale history, and how Earth processes may unfold into the future. �

How do fluid flow and transport affect the human environment?

The Earth is not a bottomless waste dump (as if we really didn't know that already), and what we discard will in some form or another come back to haunt us - usually via waterways on which we are heavily dependent.

As a result, scientists have made it a priority to model fluid movements at the surface level; observing rivers and streams, how stream erosion and sediment transport can change landscapes, and how human activity affects the evolution of these waterways. Modeling subsurface fluid movements is equally as important, though here has been some difficulty in this department.

Efficient management of natural resources (like water) requires a sound knowledge of the behavior of both surface and subsurface fluids, which allows scientists to predict fluid movements and their interactions with the environment. But creating a mathematical model representing these fluid movements has been problematic. "It remains difficult to determine how subsurface fluids are distributed in heterogeneous rock and soil formations, how fast they flow, how effectively they transport dissolved and suspended materials, and how they are affected by chemical and thermal exchange with the host formations," write the study's authors.

According to the report, there are also a number of other factors hampering efforts to introduce effective fluid management initiatives. "Decades of research have brought substantial knowledge about the flow and transport of fluids, but application of this knowledge is strained by increased population, resource demands, and the environmental consequences of our own success as a species."

New and developing technologies will hopefully bring with them the ability to better monitor and manipulate fluids, claim the study's authors, but as far as Earth scientists are concerned there's really only one way ahead. "The ultimate objective of this research is robust mathematical models that can simulate natural fluid-bearing systems and predict far into the future how they will behave and change. Only by building and skillfully using such models will we be able to make informed decisions about the land and resources that support humankind and all life on Earth."

How has life shaped Earth - and how has Earth shaped life?

Put another way, this question seeks to illuminate how biology and geology interact. But no matter how you want to put it, scientists are still in the dark as to the exact nature of this relationship. Nonetheless, there are many points of interest currently under investigation, including how biological processes oxygenate Earth's atmosphere, and how geological processes affect climate. And on a much grander scale, scientists are also keen to understand how geological events caused mass extinctions, which in turn shaped the course of evolution.

Geological and biological interactions are of great interest to scientists because their interactions produce a cyclical chain of events that, as the question suggests, shape one another. There are numerous examples of such interactions in the NRC report, including how plants and animals influence erosion rates, and how soil composition can affect climate.

"Inorganic weathering of minerals and organic carbon in the soil environment releases nutrients and carbon," write the study's authors. "The rate of release and the types of nutrients define the environment in which life can exist and control the range and abundance of life forms that can survive... On a global basis we now know that soil chemistry is powerful enough to affect climate by helping to regulate atmospheric carbon dioxide."

Other sub-questions pertinent to the research of Earth's geo-biological processes - which is a multidisciplinary investigation, involving fields such as inorganic chemistry, physics, and hydrology - include how long life has fostered a habitable surface environment, how organisms influenced the oxygenation of the atmosphere and oceans, and what factors govern the history of Earth's biological diversity. These questions, together with the rest of the "big ten," highlight the complexity inherent in the interactions between macro and micro processes, and emphasize how difficult it is to find causes to events that are geo-biological in nature, such as mass extinctions.

But now armed with a clearly defined set of probing questions, perhaps a clear history of Earth's evolution will become apparent to Earth scientists over the coming decades. "To keep the field moving forward," writes geochemist professor Donald J. DePaolo, the NRC report's committee chairman, "we have to look to the past and ask deeper fundamental questions, about the origins of the Earth and life, the structure and dynamics of planets, and the connections between life and climate."

Our future survival may depend on it.