Letting The Brain Out Of The Box 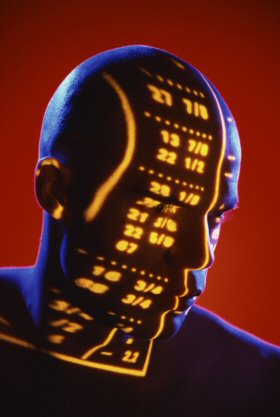 It may be a cliché, but the latest development in neural prosthetics really does sound like something straight out of science fiction. In a project encompassing numerous universities and scientific institutions, researchers have managed to hookup neural sensors to the brains of severely paralyzed people and have them control various external mechanical devices by thought alone.

The devices currently under development could lead to the restoration of tactile sensations and movement for people with spinal cord injuries and other debilitating conditions. It's still early days, but the company responsible for coordinating the project, Cyberkinetics Neurotechnology Systems Incorporated, is hoping to have commercially viable products available in the near future. The technology certainly sounds amazing, but one can't help wonder whether Cyberkinetic Systems will finish what the TV remote started, and finally condemn humanity to live their lives vicariously through machines. Instead of humans reaching the dizzying heights of Kurzweil's "singularity," science has instead created the ultimate couch potato.

There are many abstract, philosophical variations of the term, but cybernetics can be summed up neatly for our purposes as the study and development of communication feedback systems that control living organisms and machines. Important to cybernetics was the interfacing of a number of scientific fields during the 1940s; including electrical network theory, neuroscience and control systems. The man who first coined the phrase was the legendary mathematician Norbert Wiener who, unsurprisingly, saw the fracturing of science into specialized fields a somewhat limiting development in certain respects. "There are fields of scientific work... which have been explored from the different sides of pure mathematics, statistics, electrical engineering, and neurophysiology; in which every single notion receives a separate name from each group, and in which important work has been triplicated or quadruplicated, while still other important work is delayed by the unavailability in one field of results that may have become classical in the next field," Wiener observed, in his seminal work, Cybernetics or Control and Communication in the Animal and the Machine.

Wiener wanted a team that could communicate; a mathematician that could understand the key aspects of neurophysiology, and vice versa. Subsequently, after WWII, Wiener organized a formidable research team at MIT, which included some of the most brilliant minds in their respective fields of AI and neurophysiology, in a quest to properly formulate his ideas about cybernetics. For reasons still unknown, Wiener dissolved the group, and while his big plans for cybernetics remained unrealized, he managed to make some pioneering inroads into robotics and cybernetics before his death in 1964. Today, achievements in the field of cybernetics seem to have rocketed ahead. This month's edition of the journal Nature featured Cyberkinetics' BrainGate Neural Interface System (BrainGate), which is a significant development (especially if you are of the belief that cyborgs will soon be roaming the planet) in the field.

The BrainGate Neural Interface System - a "neuromotor prosthesis" - is comprised of an internal sensor that detects brain cell activity and external processors that translate brain impulses into digital signals readable by a computer. The Nature paper represents the efforts of a Stanford University team who used Cyberkinetics' product line of brain-computer interface (BCI) technologies (such as BrainGate), to show how it is possible to obtain accurate, high-speed neural recordings that are immediately translatable into the intentional movement of external mechanical devices. The team demonstrated that patients could run devices that required a reasonably high level of dexterousness to operate, such as typing on a computer. The intention is to use BrainGate on patients who have suffered paralysis through brain stem stroke, spinal cord injury, muscular dystrophy and amyotrophic lateral sclerosis (ALS, or Lou Gehrig's disease).

It's true that scientists in the past have been able to tap into the signals of single nerve cells, but prior to 1996 there was no reliable system that could collate data from clusters of cells. It was John Donoghue, Chief Scientific Officer of Cyberkinetics, and PhD student Nicholas Hatsopoulos, who went on to become professor of organismal biology and anatomy at the University of Chicago, who refashioned a pre-existing sensor that they eventually used to record signals from brain cells in monkeys. Using Hatsopoulos' algorithm that translated communications between brain cells, Donoghue's growing team of scientists were able to match up neuronal signals with specific arm movements. Later in 2002, Donoghue and colleagues from Brown University demonstrated how monkeys could control a cursor without using their bodies. After this, Donoghue managed to secure both financial and FDA support to move on to human trials.

"The results achieved from this [latest] study demonstrate the utility and versatility of Cyberkinetics' neural sensing technology to achieve very rapid, accurate decoding - about as fast as humans ordinarily make decisions to move when asked. The contributions of complementary research with our electrode and data acquisition technology should enhance our development of the BrainGate System in its ability to, one day, enable those with severe paralysis or other neurological conditions to lead more independent lives," said Donoghue.

The human face in these kinds of experiments usually gets lost under vast amounts of data and jargon, but BrainGate's poster-child is 25 year-old Matthew Nagle, from Massachusetts, who has been paralyzed from the neck down since 2001. With BrainGate attached to the surface of his brain by researchers at New England Sinai Hospital and Rehabilitation Center, Nagle learned how to move a computer cursor across a screen just by thinking about it. Following this triumph, Nagle was soon opening simulated e-mail, using a paint program on a PC and playing simple video games. He could also change channels and adjust the volume on a TV, all while preoccupied with some other mental activity. It gives a whole new meaning to multitasking.

"The results, hold promise to one day be able to activate limb muscles with these brain signals, effectively restoring brain-to-muscle control via a physical nervous system," said Donoghue. However, there were some brain-implant connection issues with a second 55 year-old patient, who undertook the trial at the University of Chicago. The authors also note that Nagle's control over devices such as a mouse: "is considerably less than that of an able-bodied person using a manually controlled computer cursor." But what both these cases may demonstrate is that each person has a different mental dexterity, just as there would be a sliding scale of physical dexterity among any population.

The BrainGate system taps into the neurons that control limb movement, so when the team is training a new patient, they tell them to think of moving the appropriate appendage that will move the mouse, or other such device. By way of trial and error, it seems, researchers can match the patient's thoughts with the intended movement and build an appropriate filter that will translate neural activity into workable commands. "Training patients to move things with their minds is different with each patient," said Maryam Saleh, a Cyberkinetics technician who worked with the first two patients.

The BrainGate system is still in its infancy, and there are numerous hurdles to overcome prior to it becoming a commercially available product. For one thing, the size of the system is currently too unwieldy, and the quality of signal varies from patient to patient. But as noted earlier, perhaps this latter point is down to the individuals themselves, their age and cognitive ability. Who knows, it's still early days, and in spite of these drawbacks, commentators agree that progress has been quite astonishing. University of Chicago neurosurgeon Richard Penn puts the whole shebang into an even greater context when he says that neither he nor his colleagues are in it for any one patient, rather: "It's being done for mankind's benefit."

While philosophers and cultural studies departments can debate whether wearing glasses, using computers or driving cars is evidence of our already cyborgic way of life, BrainGate is the first concrete example of a neural prosthetic; that is, real cyborg material. But as for the singularity getting nearer, let's face it; once we successfully overcome brain and spinal injuries (which is no small thing, don't get me wrong) this technology will ultimately end up being some new form of entertainment. After all, look what happened to television and the Internet. Each successive technological breakthrough brings us more titillation rather than catalyzing any significant leap in human cognitive powers. Let's hope - probably in vain - that this time it's different.