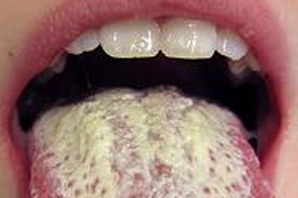 In a study published in online journal npj Schizophrenia, Johns Hopkins researchers found that a history of Candida yeast infections was more common in a group of subjects with schizophrenia or bipolar disorder than in those without these disorders.

The researchers caution that their findings do not establish a cause-and-effect relationship between mental illness and yeast infections, but may support a more detailed examination into the role of lifestyle, immune system weaknesses and gut-brain connections as contributing factors to the risk of psychiatric disorders. "It's far too early to single out Candida infection as a cause of mental illness or vice versa," says Emily Severance, assistant professor of pediatrics and member of the Stanley Division of Developmental Neurovirology at the Johns Hopkins University School of Medicine.

Candida albicans is a yeast-like fungus naturally found in small amounts in human digestive tracts, but its overgrowth in warm, moist environments causes burning, itching symptoms, thrush (rashes in the throat or mouth) in infants and those with weakened immune systems, and sexually transmittable genital yeast infections in men and women. In its more serious forms, it can enter the bloodstream. In most people, the body's own healthy bacteria and functioning immune system prevent its overgrowth.

Severance says she and her team focused on a possible association between Candida susceptibility and mental illness in the wake of new evidence suggesting that schizophrenia may be related to problems with the immune system, and because some people with weakened immune systems are more susceptible to fungal infections.

For the study, the researchers took blood samples from a group of 808 people between the ages of 18 and 65. The researchers used the blood samples to quantify the amount of IgG class antibodies to Candida, which indicates a past infection with the yeast. After accounting for factors like age, race, medications and socioeconomic status, which could skew the results, they looked for patterns that suggested links between mental illness and infection rates.

Men with bipolar disorder had clear increases in Candida as well. But, after accounting for additional variables related to lifestyle, the researchers found that the association between men with bipolar disorder and Candida infection could likely be attributed to homelessness. However, the link between men with schizophrenia and Candida infection persisted and could not be explained by homelessness or other environmental factors.

Severance says the data add support to the idea that environmental exposures related to lifestyle and immune system factors may be linked to schizophrenia and bipolar disorder, and that those factors may be different for each illness. Similarly, specific mental illnesses and related symptoms may be very different in men versus women.

To determine whether infection with Candida affected any neurological responses, all participants in the new study took a 30-minute assessment of cognitive tasks to measure immediate memory, delayed memory, attention skills, use of language and visual-spatial skills.

"Although we cannot demonstrate a direct link between Candida infection and physiological brain processes, our data show that some factor associated with Candida infection, and possibly the organism itself, plays a role in affecting the memory of women with schizophrenia and bipolar disorder, and this is an avenue that needs to be further explored," says Severance. "Because Candida is a natural component of the human body microbiome, yeast overgrowth or infection in the digestive tract, for example, may disrupt the gut-brain axis. This disruption in conjunction with an abnormally functioning immune system could collectively disturb those brain processes that are important for memory."

Severance says they plan to take their studies of the gut-brain connection into mouse models to test for a cause-and effect-relationship with Candida and memory deficits.