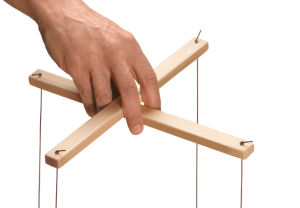 Consciousness - the internal dialogue that seems to govern one's thoughts and actions -is far less powerful than people believe, serving as a passive conduit rather than an active force that exerts control, according to a new theory proposed in the journal Behavioral and Brain Sciences.

"The interpreter presents the information but is not the one making any arguments or acting upon the knowledge that is shared," explains San Francisco State University Associate Professor of Psychology and study co-author Ezequiel Morsella. "Similarly, the information we perceive in our consciousness is not created by conscious processes, nor is it reacted to by conscious processes. Consciousness is the middle-man, and it doesn't do as much work as you think."

"We have long thought consciousness solved problems and had many moving parts, but it's much more basic and static," Morsella said. "This theory is very counterintuitive. It goes against our everyday way of thinking."

According to Morsella's framework, the "free will" that people typically attribute to their conscious mind - the idea that our consciousness, as a "decider," guides us to a course of action - does not exist. Instead, consciousness only relays information to control "voluntary" action, or goal-oriented movement involving the skeletal muscle system.

"Compare consciousness to the Internet," Morsella suggests. "The Internet can be used to buy books, reserve a hotel room and complete thousands of other tasks. Taken at face value, it would seem incredibly powerful. But, in actuality, a person in front of a laptop or clicking away on a smartphone is running the show - the Internet is just being made to perform the same basic process, without any free will of its own."

Morsella's Passive Frame Theory also defies the intuitive belief that one conscious thought leads to another. "One thought doesn't know about the other, they just often have access to and are acting upon the same, unconscious information," he said. "You have one thought and then another and you think that one thought leads to the next, but this doesn't seem to be the way the process actually works."

Morsella acknowledges his theory can be difficult to accept at first. "The number one reason it's taken so long to reach this conclusion is because people confuse what consciousness is for with what they think they use it for. Also, most approaches to consciousness focus on perception rather than action."