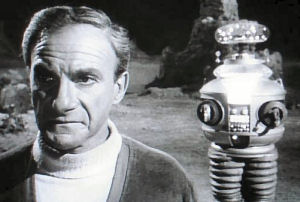 Recent developments in science appear to indicate that the emergence of life in general and perhaps even rational life, with its associated technological culture, may be common throughout the Universe. Now, a new paper appearing in the journal Space Policy suggests this universal tendency toward complexity has distinctly religious overtones and may even establish a truly universal basis for morality.

In the paper, author Kelly Smith (an evolutionary biologist from Clemson University) applies recent theoretical developments in Biology and Complex Systems Theory to attempt new answers to the kind of enduring questions about human purpose and obligation that have long been considered the sole province of the humanities.

He points out that scientists are increasingly beginning to discuss how the basic structure of the Universe seems to favor the creation of complexity. "The large scale history of the Universe strongly suggests a trend of increasing complexity: disordered energy states produce atoms and molecules, which combine to form suns and associated planets, on which life evolves," Smith explains. "Life then seems to exhibit its own pattern of increasing complexity, with simple organisms getting more complex over evolutionary time until they eventually develop rationality and complex culture."

Recent theoretical developments in Biology and complex systems theory suggest this trend may be real, arising from the basic structure of the Universe in a predictable fashion.

"If this is right," argues Smith, "you can look at the Universe as a kind of 'complexity machine', which raises all sorts of questions about what this means in a broader sense. For example, does believing the Universe is structured to produce complexity in general, and rational creatures in particular, constitute a religious belief? It need not imply that the Universe was created by a God, but on the other hand, it does suggest that the kind of rationality we hold dear is not an accident."

And Smith feels another similarity to religion are the potential moral implications of this idea. If evolution tends to favor the development of sociality, reason, and culture as a kind of "package deal", then he thinks it's a good bet that any smart extraterrestrials we encounter will have similar evolved attitudes about their basic moral commitments.

"In particular, they will likely agree with us that there is something morally special about rational, social creatures. And such universal agreement," argues Smith, "could be the foundation for a truly universal system of ethics."