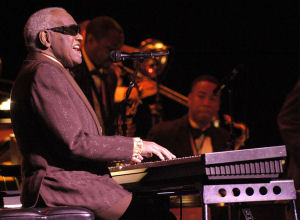 Researchers have long known that young brains are malleable enough to re-wire the circuits that process sensory information. For example, a young child who is blind develops a much keener sense of hearing. Now, researchers have overturned conventional wisdom, showing that adult brains can also be re-wired.

The findings, published in the journal Neuron, may lead to novel treatments for people with hearing loss or tinnitus, according to the University of Maryland's Patrick Kanold, who led the study.

"We can perhaps use this to benefit our efforts to recover a lost sense," added co-researcher Hey-Kyoung Lee, from Johns Hopkins. "By temporarily preventing vision, we may be able to engage the adult brain to change the circuit to better process sound."

"This is why we can't hear certain tones in Chinese if we didn't learn Chinese as children," Kanold explained. "This is also why children get screened for hearing deficits and visual deficits early. You cannot fix it after the critical period."

"The fact that the changes occurred in the cortex, an advanced sensory processing center structured about the same way in most mammals, suggests that flexibility across the senses is a fundamental trait of mammals' brains," Kanold said.