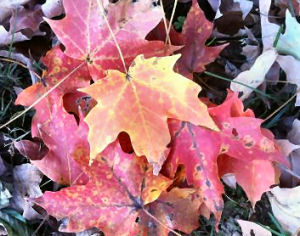 The new study appearing in the journal Nature, shows many angiosperms (flowering plants) evolved mechanisms to cope with freezing temperatures as they radiated into nearly every climate during pre-historic times. The researchers found the plants likely acquired many of these adaptive traits prior to their movement into colder regions.

"Modern angiosperms, including most flowering plants, trees, and agricultural crops, may not have the traits needed to rapidly respond to human-induced climate change," said study co-author Pam Soltis, a professor of evolutionary genetics at the University of Florida. "Only some plants were able to make the adjustments to survive in cold climates. In fact, some had traits used for other purposes that they co-opted for cold tolerance. The results have implications for plant response to climate change - some plant lineages, including many crops, will not have the underlying genetic attributes that will allow for rapid responses to climate change."

Early flowering plants are thought to have been woody - meaning they maintain a prominent stem above ground across years and changing weather conditions, such as a maple tree - and restricted to warm, wet, tropical environments. But they have since put down roots in colder climates, dominating large swaths of the globe where freezing occurs. How they managed this expansion has long vexed researchers searching for plants' equivalent to the winter parka.

"Until now, we haven't had a compelling narrative about how leaf and stem traits have evolved to tolerate cold temperatures," explained the study's lead author Amy Zanne, assistant professor of biology at George Washington University. "Our research gives us this insight, showing us the 'whens,' 'hows' and 'whys' behind plant species' trait evolution and movements around the globe."

"Freezing is a challenge for plants," Zanne continued. "Their living tissues can be damaged. It's like a plant's equivalent to frostbite. Their water-conducting pipes can also be blocked by air bubbles as water freezes and thaws. So over time, if plants moved into colder climates, they've had to figure out how to get around these problems."

Identifying evolutionary adaptations to these problems and likely paths to them required the team to build two sets of data. Researchers first created a database of 49,064 species, recording whether each maintains a stem aboveground over time, loses or keeps its leaves, has been exposed to freezing, and the width of its water-carrying pathways. Researchers combined the information with a dated evolutionary tree of 32,223 plant species and modeled the evolution of species' traits and climate over time, which identified the order of evolutionary events.

"We can determine the relative order of events without a dated tree, but the dated tree allows us to say exactly when something happened, so that we can correlate the events with geological events, like big changes in Earth's temperature," Soltis said.

Using this "timetree," the researchers identified three repeated evolutionary shifts they believe flowering plants made to fight the cold. Plants either dropped their leaves seasonally, shutting down the pathways that would normally carry water between roots and leaves; developed thinner water-conducting pathways, allowing them to keep their leaves while reducing the risk of air bubbles developing during freezing and thawing; or avoided the cold seasons altogether as herbs, losing aboveground stems and leaves and retreating as seeds, or storing organs underground, such as tulips or potatoes.

"Angiosperms were not successful until they got the adaptation to drop their leaves," said study co-author Doug Soltis, from the Florida Museum. "Sometimes the trait evolves for some other purpose, and then the organism is able to adapt and use it for something new."

The study found that woody plants most often became herbs or developed thinner pathways before moving into freezing climates, while plants that dropped their leaves usually did so after moving into freezing climates. But the changes did not occur rapidly. "Some of these changes were probably not as simple as we once thought," said Pam Soltis. "Adjusting to big shifts in their environments is probably not easy for plants to do. With climate change that is human-induced, all habitats will be affected over a short period of time, and plants and other organisms will have to adapt quickly if they are to survive."