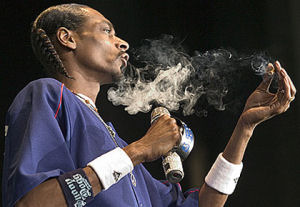 The molecular pathways responsible for the learning and memory problems associated with marijuana use have been mapped by scientists for the first time. Importantly, the new research, published in the journal Cell, suggests that the over-the-counter painkiller ibuprofen (Advil) can prevent, or reduce, these debilitating side-effects. The researchers behind the new work say their discovery should remove one of the main issues associated with the use of marijuana as a medical treatment.

"Our studies have solved the long-time mystery of how marijuana causes neuronal and memory impairments," said senior study author Chu Chen, of Louisiana State University. "The results suggest that the use of medical marijuana could be broadened if patients concurrently take a non-steroidal anti-inflammatory drug such as ibuprofen."

In the new study, Chen and his team discovered that tetrahydrocannabinol (THC, the active ingredient in marijuana) caused an increase in levels of an enzyme called cyclooxygenase-2 (COX-2) in the mouse hippocampus, a brain region involved in learning and memory.

They then showed that drugs or genetic techniques that reduced COX-2 levels in mice prevented memory problems and neuronal abnormalities caused by repeated THC exposure. Because COX-2 is inhibited by over-the-counter painkillers such as ibuprofen, the findings suggest an easy strategy to prevent the side effects of marijuana.

Interestingly, the researchers also discovered that THC reduced neuronal damage in a mouse model of Alzheimer's disease, and this beneficial effect persisted when the animals were simultaneously treated with a COX-2 inhibitor.

"There are no effective medications currently available for preventing and treating Alzheimer's disease or halting disease progression," Chen said. "Our results suggest that the unwanted side effects of cannabis could be eliminated or reduced, while retaining its beneficial effects, by administering a COX-2 inhibitor along with THC for the treatment of intractable medical conditions such as Alzheimer's disease."

Related:
Discuss this article in our forum
Scientists scope effects of marijuana ingredients via MRI
Marijuana farms impacting fragile ecosystems
Honey, I baked the kids
Hard evidence on cannabis use and erectile dysfunction