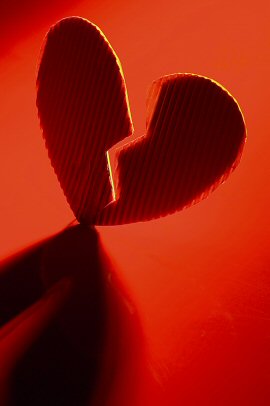 In the first experiment, three groups of mice were individually placed in cages with aggressive mice and experienced social defeat, a stressful experience for them. One group was missing its oxytocin receptors, essentially the plug by which the hormone accesses brain cells. The lack of receptors means oxytocin couldn't enter the mice's brain cells. The second group had an increased number of receptors so their brain cells were flooded with the hormone. The third control group had a normal number of receptors.

The findings surprised the researchers, who were expecting oxytocin to modulate positive emotions in memory, based on its long association with love and social bonding. "Oxytocin is usually considered a stress-reducing agent based on decades of research," said researcher Yomayra Guzman. "With this novel animal model, we showed how it enhances fear rather than reducing it."

"This experiment shows that after a negative social experience the oxytocin triggers anxiety and fear in a new stressful situation," added co-researcher Jelena Radulovic. "That's because the hormone actually strengthens social memory in one specific region of the brain."

The brain region known as the lateral septum is where oxytocin strengthens negative social memory and future anxiety by triggering an important signaling molecule - ERK (extra cellular signal regulated kinases) - that becomes activated for six hours after a negative social experience. ERK causes enhanced fear, Radulovic believes, by stimulating the brain's fear pathways, many of which pass through the lateral septum. The region is involved in emotional and stress responses.

The findings are important because chronic social stress is one of the leading causes of anxiety and depression, while positive social interactions enhance emotional health. The research is particularly relevant because oxytocin is currently being tested as an anti-anxiety drug and as a treatment for autism. "By understanding the oxytocin system's dual role in triggering or reducing anxiety, depending on the social context, we can optimize oxytocin treatments that improve well-being instead of triggering negative reactions," said Radulovic.