Menopause - it's a guy thing 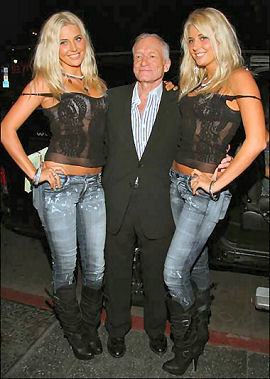 Lead researcher on the new study, evolutionary geneticist Rama Singh, says that until now, no one has been able to offer a satisfactory explanation for why menopause occurs. The long-established "grandmother theory" holds that women have evolved to become infertile after a certain age to allow them to assist with rearing grandchildren, thus improving the survival of kin. But Singh says that does not add up from an evolutionary perspective.

"How do you evolve infertility? It is contrary to the whole notion of natural selection. Natural selection selects for fertility, for reproduction - not for stopping it," he argues.

Central to Singh's argument is that human males have long shown a preference for younger women when selecting mates. This, he contends, stacks the Darwinian deck against continued fertility in older women.

While conventional thinking has held that menopause prevents older women from continuing to reproduce, Singh's theory says it is the lack of reproduction that has given rise to menopause. "Natural selection doesn't have to do anything," he explains. "If women were reproducing all along, and there were no preference against older women, women would be reproducing like men are for their whole lives."

Singh says that women continue to live past their fertile period because men remain fertile throughout their lives, and longevity is not inherited by gender. "If women had historically been the ones to select younger mates," he adds, "the situation would have been reversed, with men losing fertility."

Related:
Discuss this article in our forum
Evolution making women taller, thinner
"It's not you, it's me," means it's probably you, say ovulation boffins
Brain uniquely primed for nakedness
Cougar sex drive an evolutionary adaptation