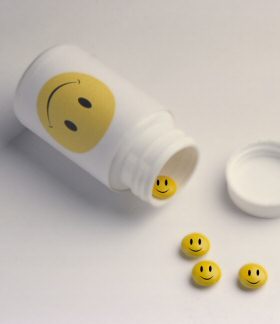 "The current findings explain the sleepiness of narcolepsy, as well as the depression that frequently accompanies this disorder," said the study's senior author Jerome Siegel. "The findings also suggest that hypocretin deficiency may underlie depression from other causes."

In the current study, the researchers obtained their data on both hypocretin and MCH directly from the brains of patients who were being treated for intractable epilepsy. The patients had been implanted with intracranial depth electrodes to identify seizure foci for potential surgical treatment. The location of electrodes was based solely on clinical criteria. The researchers, with the patients' consent, used these same electrodes to "piggyback" their research. A membrane similar to that used for kidney dialysis and a very sensitive radioimmunoassay procedure were used to measure the release of hypocretin and MCH.

Siegel noted that hypocretin antagonists are now being developed by several drug companies for use as sleeping pills and he contends that these drugs will alter mood as well as sleep patterns. "[Our] results suggest a previously unappreciated emotional specificity in the activation of arousal and sleep in humans," Siegel said. "The findings suggest that abnormalities in the pattern of activation of these systems [hypocretin and MCH] may contribute to a number of psychiatric disorders."