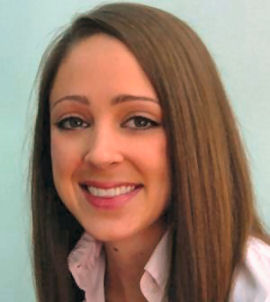 "We know very little about how lifestyle may impact semen quality and male fertility in general so identifying two potentially modifiable factors that appear to have such a big impact on sperm counts is truly exciting," said the study's lead author, Audrey Gaskins (pictured).

Gaskins cautions that a reduced sperm count does not necessarily curb a man's chances of being able to father a child, but the findings do suggest that a more physically active lifestyle may improve semen quality. She noted that other fertility indicators such as sperm motility, shape, and sample volume, were not affected by either TV viewing or exercise.

The type of exercise might also be important, Gaskins suggests. "Future studies should also evaluate the extent to which different exercise types affect semen quality as previous studies suggest that there might be opposing effects of different types of activity on semen characteristics."