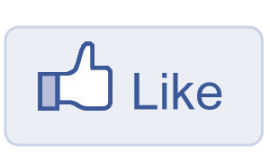 "Likes" or positive comments from close friends on Facebook appear to inflate users' self-esteem and reduce self-control, resulting in higher body-mass indexes and higher levels of credit-card debt. That's according to researchers at the University of Pittsburgh and Columbia Business School who have analyzed five separate Facebook studies in the Journal of Consumer Research.

"To our knowledge, this is the first research to show that using online social networks can affect self-control," said study co-author Andrew T. Stephen, at the University of Pittsburgh. "We have demonstrated that using today's most popular social network, Facebook, may have a detrimental affect on people's self-control."

"We find that people experience greater self-esteem when they focus on the image they are presenting to strong ties in their social networks," explained co-researcher Keith Wilcox, from Columbia. "This suggests that even though people are sharing the same positive information with strong ties and weak ties on social networks, they feel better about themselves when the information is received by strong ties than by weak ties."

Finally, the relationship between online social network use and offline behaviors associated with poor self-control was put under the microscope. Participants completed a survey asking about their height and weight, the number of credit cards they own and the amount of debt on them, and how many friends they have offline, among other questions. "The results suggest that greater social network use is associated with a higher body-mass index, increased binge eating, a lower credit score, and higher levels of credit-card debt for individuals with strong ties to their social network," the researchers wrote.

Stephen and Wilcox are planning future research into social networks and behaviors that would explore the long-term effects of Facebook on users. They contend that their initial findings have implications for policy makers because self-control is fundamental to maintaining social order and well-being. "It would be worthwhile for researchers and policy makers to further explore social network use in order to better understand which consumers may be particularly vulnerable to suffering negative psychological or social consequences," they conclude.