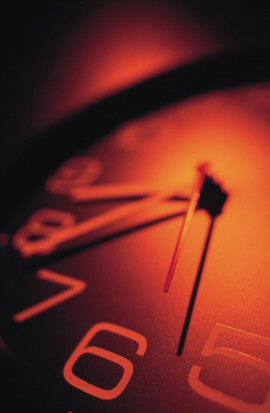 "There's a great deal of interest right now in studies on circadian rhythms, as we learn more about the range of problems that can result when they are disrupted," said researcher Kuntol Rakshit. "Ultimately we hope that this research will be taken from the laboratory to the bedside."

Rakshit's experiments, detailed in the Neurobiology of Disease, were done with fruit flies, which have close parallels with humans. Some of the genes regulating circadian rhythms in flies and human have been preserved through millions of years of separate evolution and still do the same thing, the study notes.

The biological clock, in humans and many other animals, influences a wide range of biological processes, from fertility to hormone production, feeding patterns, DNA repair, sleep, stress reactions and even the effectiveness of medications. In humans, researchers have found strong correlations between disrupted clock mechanisms, aging, and neurologic diseases such as Alzheimer's.

The fruit flies used in this research carried two mutations, one that disrupts circadian rhythms and another that causes flies to develop brain pathologies during aging. These double mutants had a 32-50 percent shorter lifespan, lost much of their motor function, and developed significant vacuoles (holes in the brain) far sooner than flies with a functional clock.

The researchers speculate that malfunctioning biological clocks may start a damaging feedback loop. "The decline and loss of clock function may be just the beginning of a damaging, circular process," explained co-researcher Jadwiga Giebultowicz. "When the biological clock begins to fail, rhythms that regulate cell function and health get disrupted, and we now know that this predisposes the brain to neurodegeneration. That neurodegeneration, in turn, may cause more damage to the clock function."

A healthy biological clock helps protect against this damage, the researchers believe. "When the clock fails, the damage processes speed up," Giebultowicz said. "Aging is closely associated with this process, but it's not clear exactly how. Molecular clock oscillations decline during aging. Finding ways to restore them might form a possible therapy for biological clock damage and help to prevent disease."