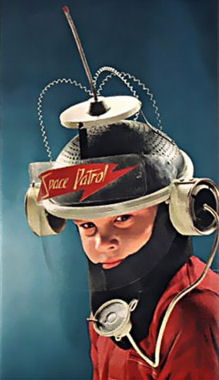 Astrobiologist Dirk Schulze-Makuch, from Washington State University, believes that a method for quantifying the probability of life existing on an exoplanet will become increasingly important as more and more exoplanets are discovered. In league with other scientists, Schulze-Makuch has co-authored a paper, appearing in the journal Astrobiology, that proposes a dual ranking system - a Planetary Habitability Index and a Earth Similarity Index.

In the proposed system, the Earth Similarity Index (ESI) is used for categorizing a planet's more Earth-like features, while the Planetary Habitability Index (PHI) is used for describing a variety of chemical and physical parameters that are theoretically conducive to life in less-Earthlike conditions.

To Schulze-Makuch and his nine fellow authors - an international working group representing, NASA, SETI, the German Aerospace Center, and four universities - the search for life on other worlds is really driven by two questions. "The first question is whether Earth-like conditions can be found on other worlds, since we know empirically that those conditions could harbor life," Schulze-Makuch explained. "The second question is whether conditions exist on exoplanets that suggest the possibility of other forms of life, whether known to us or not."

"Habitability in a wider sense is not necessarily restricted to water as a solvent or to a planet circling a star," the paper notes. "For example, the hydrocarbon lakes on Titan could host a different form of life. Analog studies in hydrocarbon environments on Earth, in fact, clearly indicate that these environments are habitable in principle."

Schulze-Makuch concedes that attempting to rate the probability that it's-life-Jim-but-not-as-we-know-it could exist on any given world is an intrinsically more speculative endeavor. But the alternative, he argues, is to risk overlooking potentially habitable worlds by using overly restrictive assumptions. "Our proposed PHI is informed by chemical and physical parameters that are conducive to life in general," he said. "It relies on factors that, in principle, could be detected at the distance of exoplanets from Earth, given currently planned future [space based] instrumentation."

Meanwhile, a pair of postdoctoral researchers at Penn State have been wondering if we have looked in enough places to ensure that no extraterrestrial artifacts exist in our solar system. "The vastness of space, combined with our limited searches to date, implies that any remote unpiloted exploratory probes of extraterrestrial origin would likely remain unnoticed," suggest Jacob Haqq-Misra and Ravi Kumar Kopparapu, in a paper appearing in Acta Astronautica.

The pair acknowledge the Fermi paradox (if intelligent life is common, why have no technological civilizations visited us or been observed?) but suggest that even without actual contact, other civilizations could be sending unpiloted probes to quietly peek at our civilization. They believe the asteroid belt could be one possible lurking spot for such alien spycraft. "Extraterrestrial artifacts may exist in the solar system without our knowledge simply because we have not yet searched sufficiently," they argue. "Few if any of the attempts would be capable of detecting a 1 to 10 meter probe."

After taking into account a variety of potential biases, such as "the universe is teeming with life" or "life is rare," the team developed an equation that can be applied to a portion of the volume of the solar system and determine whether sufficient searching has been done to ensure that we can say there are no extraterrestrial objects within that volume.

They found that it is, at this point, difficult to say that there are not extraterrestrial objects in our solar system. "The surface of the Earth is one of the few places in the solar system that has been almost completely examined at a spatial resolution of less than 3 feet," said Haqq-Misra. "The moon and Mars have been searched to a small extent. An ongoing mapping project, the Lunar Reconnaissance Orbiter, is looking at the moon at a resolution of about 20 inches, so we may eventually be able to determine if there are no nonterrestrial objects on the moon." The researchers caution that surface maps may not be sufficient to distinguish between a space probe and a rock.

"Searches to date of the solar system are sufficiently incomplete that we cannot rule out the possibility that nonterrestrial artifacts are present and may even be observing us," Haqq-Misra and Kopparapu conclude. "The completeness of our search for nonterrestrial objects will inevitably increase as we continue to explore the moon, Mars and other nearby regions of space."

Related:
Discuss this article in our forum
New Europa fractured surface theory holds water - and maybe life
SETI needs to see the light, say astrophysicists
No shortage of neo-Earths
We Come In Peace - NOT!