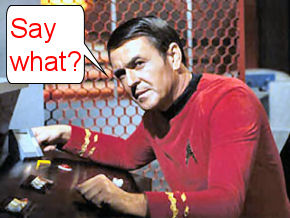 The physics community is abuzz about a paper to be published on arxiv.org today that indicates neutrinos can travel faster than the speed of light. If true, the results will open up new physics in which Einstein's relativity doesn't hold true.

The new results stem from the OPERA experiments run jointly by the CERN particle research center near Geneva and the Gran Sasso Laboratory in central Italy. The experiments involve neutrinos travelling underground from the CERN facility to the Italian lab, a distance of around 500 miles. The physicists involved wanted to see how many muon neutrinos would "change flavor" on the journey and arrive as tau neutrinos.

Over OPERA's three years of neutrino firing, the researchers recorded the particles showing up 60 nanoseconds (60 billionths of a second) sooner than light would over the same distance. Over 15,000 firings took place over the three year period, lending a high level of statistical significance to the figures.

"We tried to find all possible explanations for this," OPERA researcher Antonio Ereditato told the BBC. "We wanted to find a mistake - trivial mistakes, more complicated mistakes, or nasty effects - and we didn't. When you don't find anything, then you say 'Well, now I'm forced to go out and ask the community [via arxiv.org] to scrutinize this.' We are not claiming things, we want just to be helped by the community in understanding our crazy result - because it is crazy."